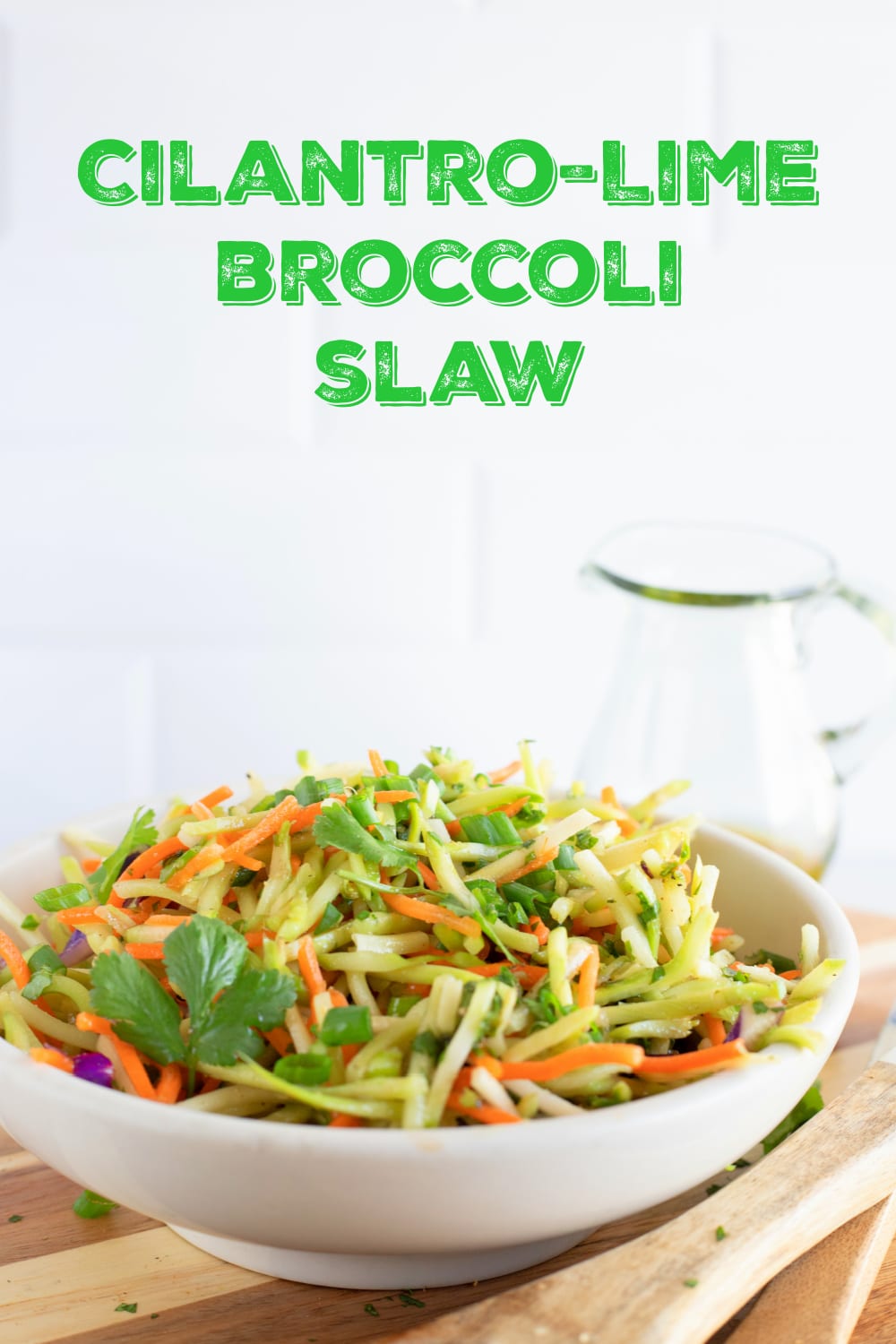 A light and easy side kick to any meal, this Cilantro-Lime Broccoli Slaw can hold its own with whatever might be on the dinner menu.

“Slaw” is definitely a staple of summer barbecues and we all have our favorites. Whether it’s pineapple coleslaw, tarragon coleslaw or a Tennessee-style mustard based coleslaw, the options are endless when it comes to picking a favorite. 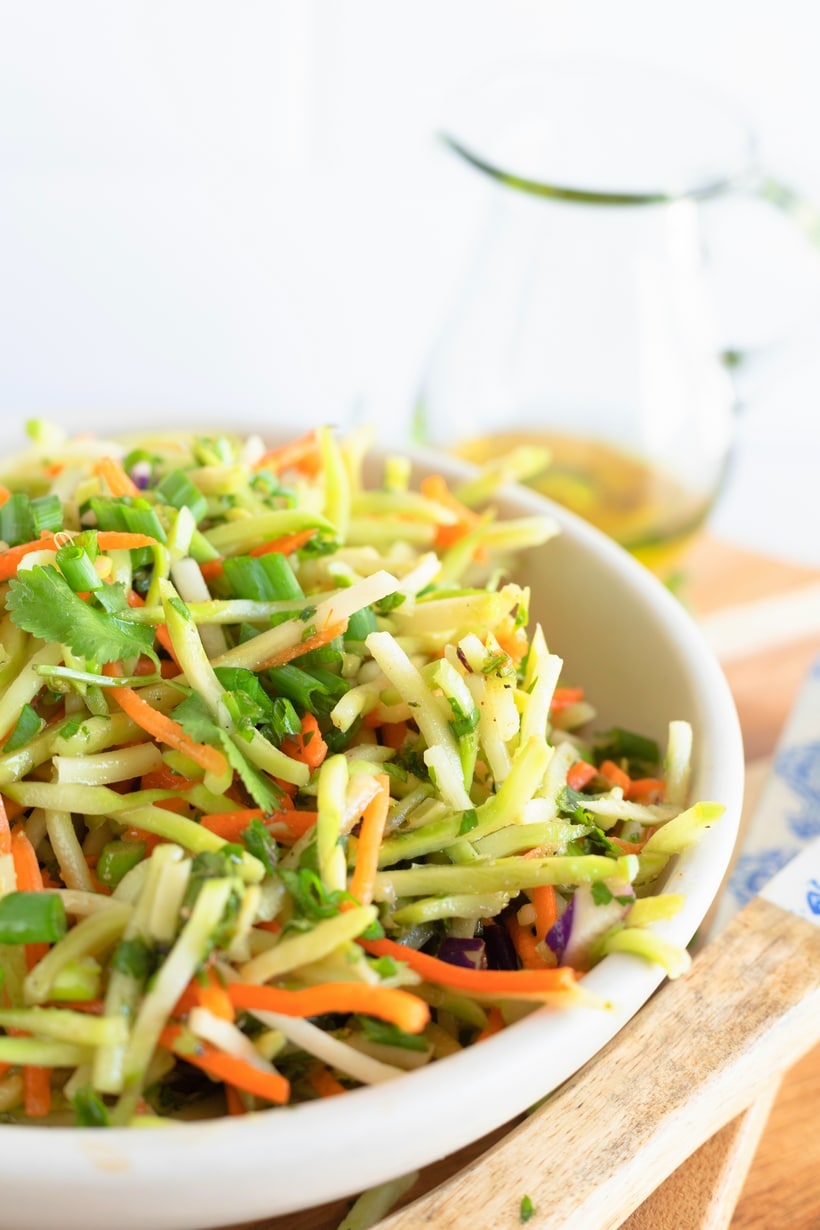 Can you think of anything better than a salad recipe you can whip up with ease and eat all week long?

Although this dish makes six to eight side servings of broccoli slaw, it’s an easy side dish to meal prep at the beginning of the week and just have a bowl of it ready-to-go in the fridge when you come home at the end of a long day and don’t feel like cooking.

This slaw is comforting and fresh while still being satisfying and quite on the healthy side of the spectrum. Think of it as the yoga pants of the culinary world. 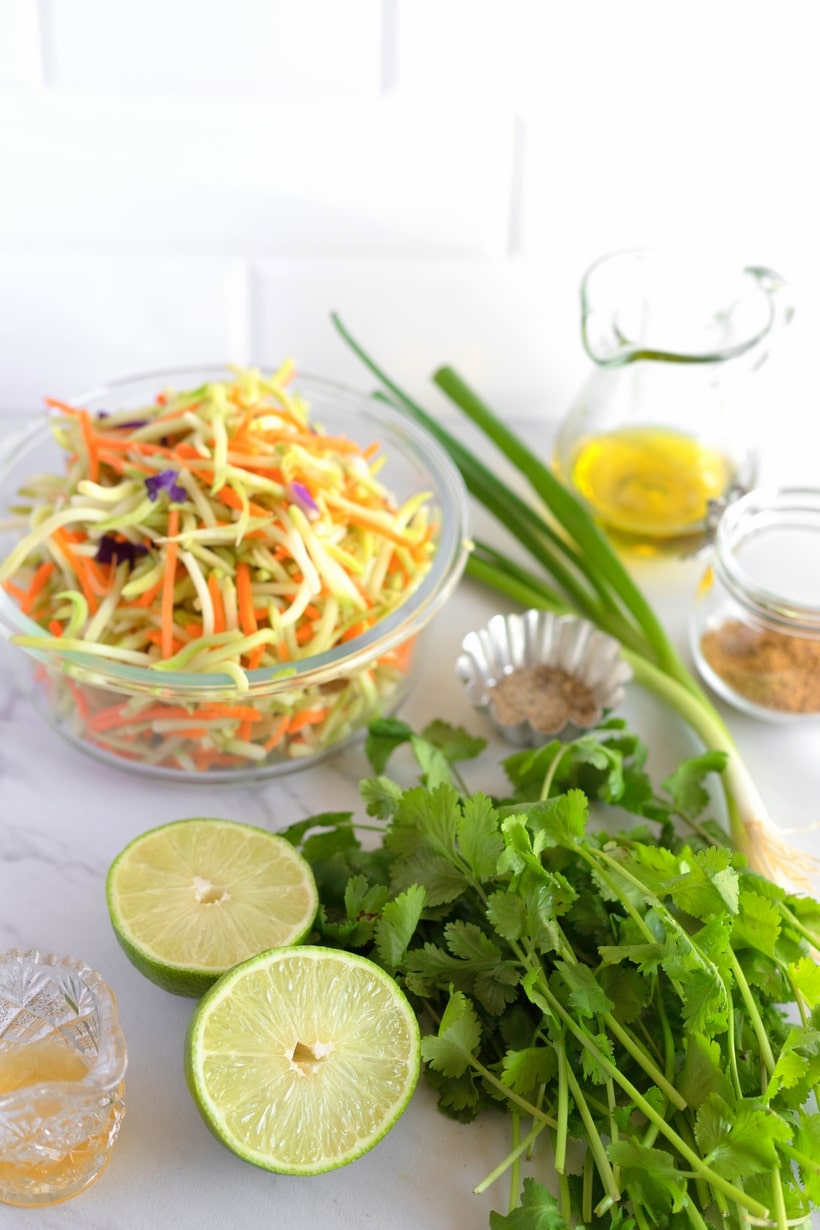 The dressing itself is as simple as it could get. Kitchen staples such as cilantro, olive oil, juice from fresh limes, ground cumin and honey are shaken together until well combined.

Pre-made broccoli slaw and green onion make up the base of the slaw.

Sea salt and black pepper are the only seasonings you need. 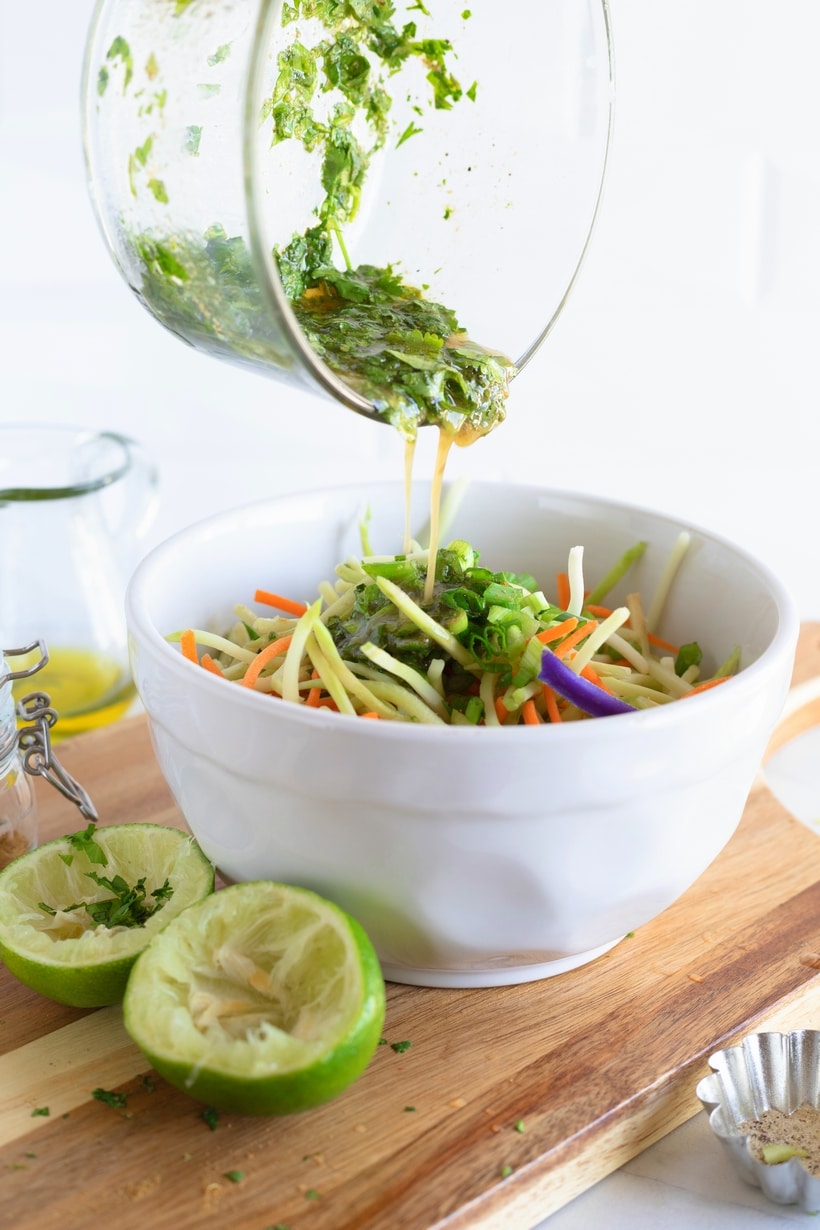 How to Make Broccoli Slaw

Dressing ingredients are easily combined in a mason jar and shaken until well combined.

The broccoli slaw and green onion are tossed with the dressing and seasoned with salt and pepper.

It doesn’t get easier than this. 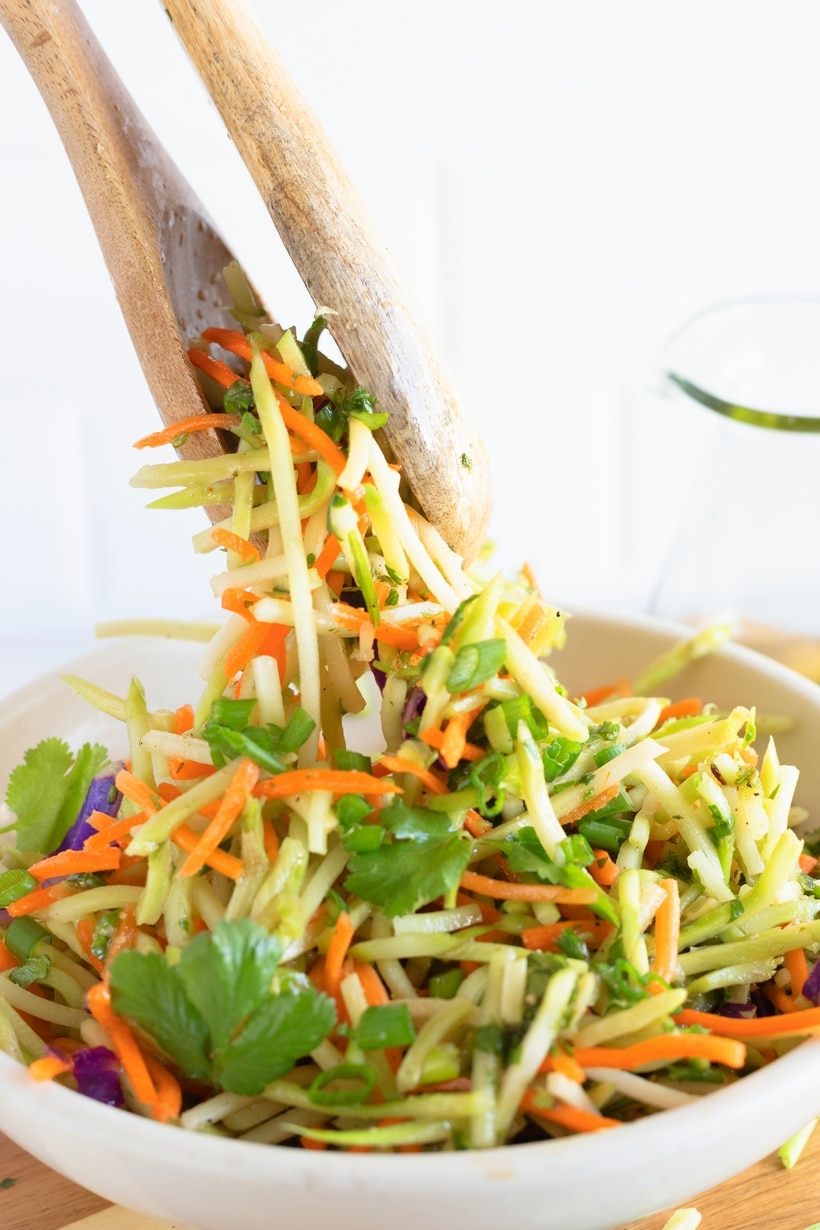 This is a great recipe to prepare ahead of time.

The flavors intensify if it can sit in the fridge overnight.

The broccoli slaw doesn’t wilt as fast as traditional cabbage coleslaw mixes, which means it’s going to last for a few meals. 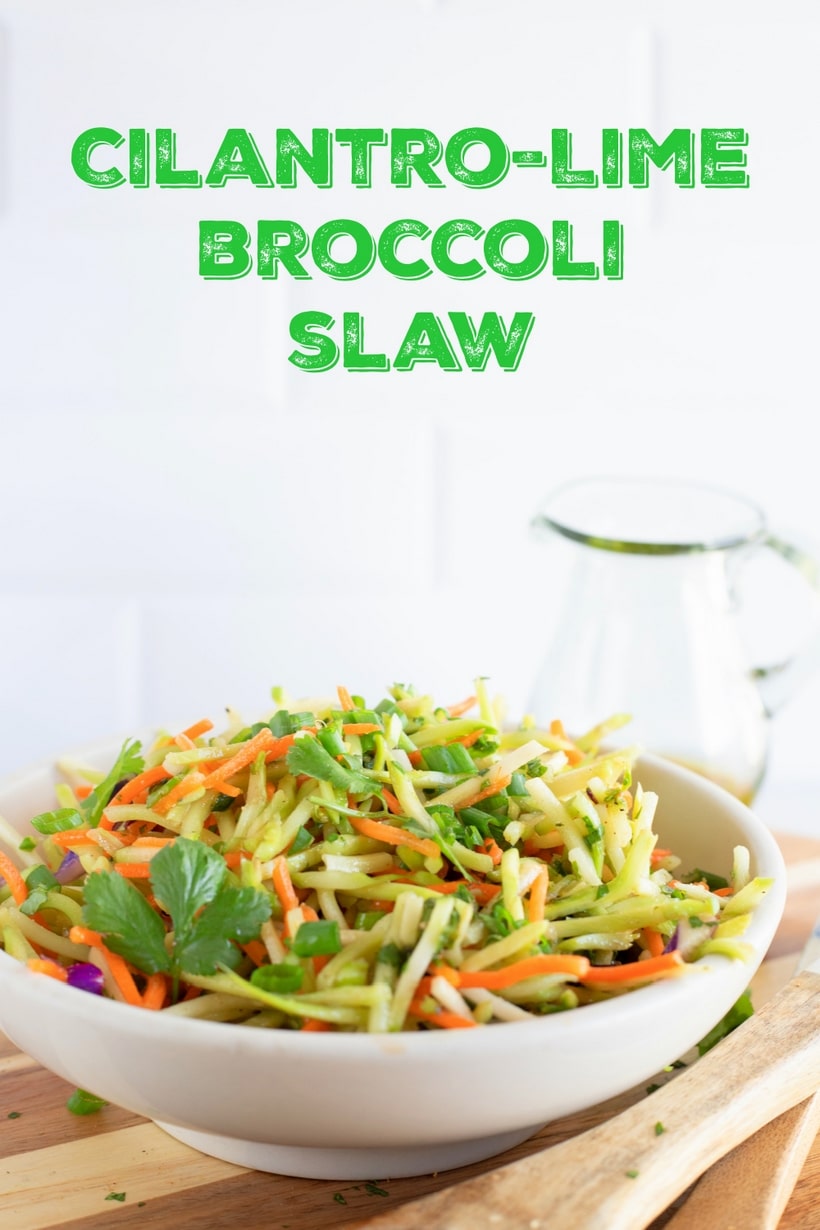 What to Serve With Broccoli Slaw 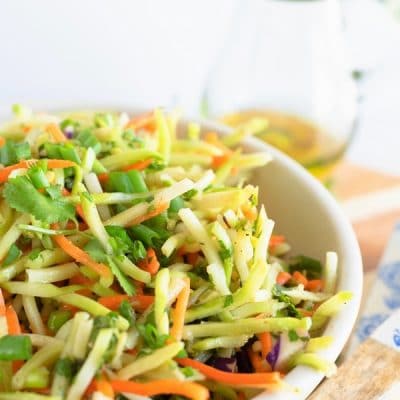