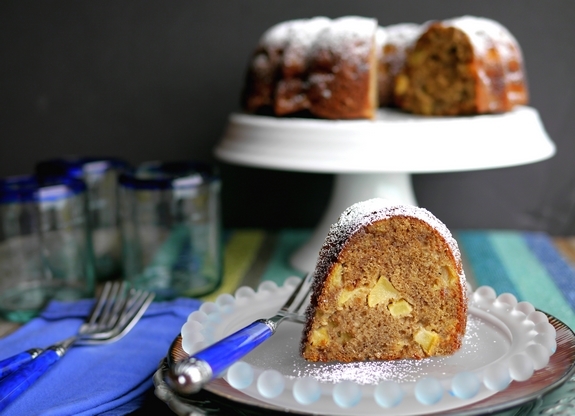 This Cinnamon Apple Bundt Cake, with lots of extra cinnamon, uses butter instead of vegetable oil to achieve a light and airy dessert you and the family won’t be able to stop eating with one slice.

I have spent the last 15 years perfecting this Hanukkah-style Cinnamon Apple Bundt Cake for my husband. He absolutely adores these two ingredients together in baked goods (well, so do I to be honest).

This particular sweet combination triggers happy childhood memories for him, especially during the holidays. His mother baked lots from scratch, with this flavor profile playing a dominant role. 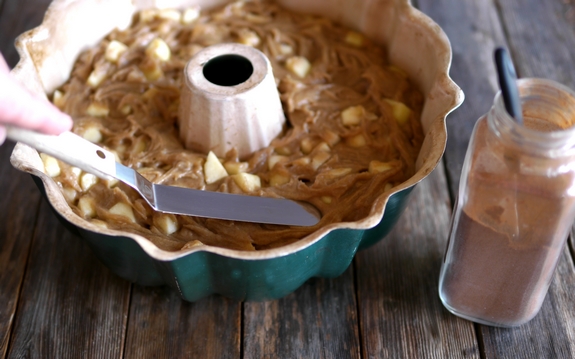 Since my husband does not observe Jewish dietary laws, I have taken the liberty of changing this recipe up over the years. I’ve made it lighter in taste and more in tune with how we like to eat in our home. It has become a staple on our Hanukkah table every year. In fact, holidays aside, my husband asks for this cake year-round, it’s that good. And I am always happy to make it. 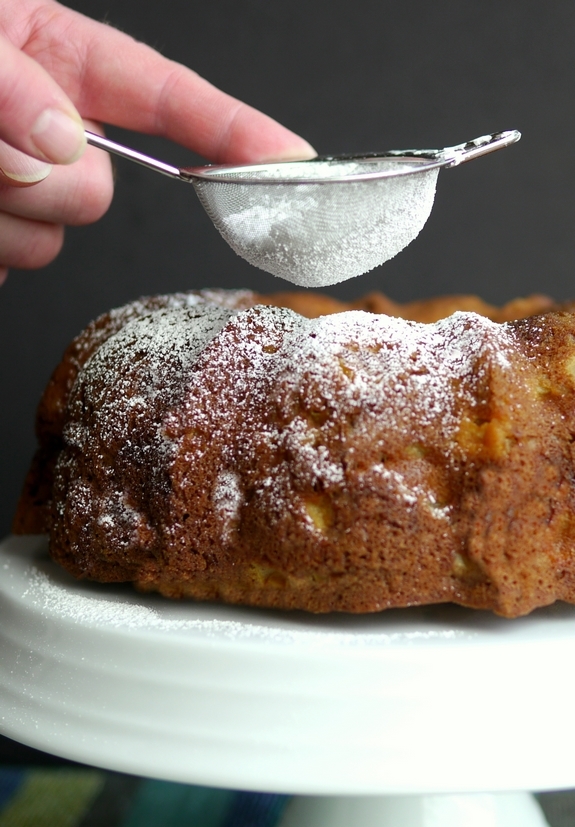 Many of the Jewish apple cake recipes you’ll find are made with vegetable oil. This symbolizes the drop of sacred oil found by Judah Maccabee and his brothers in the rubble of the desecrated temple in Jerusalem in 165 B.C. This drop of oil lasted not one, but eight nights, and thus Hanukkah candles are lit in a menorah for eight days and nights. 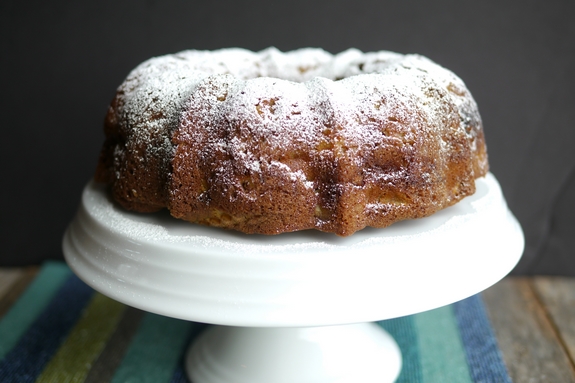 However, I have found the use of only vegetable oil in a cake can lend itself to a very heavy, dense and sometimes greasy dessert. And since all the other Hanukkah dishes are cooked in oil, it’s nice to take a break from the expected. In fact, many of our Jewish friends really appreciate the slight deviation. 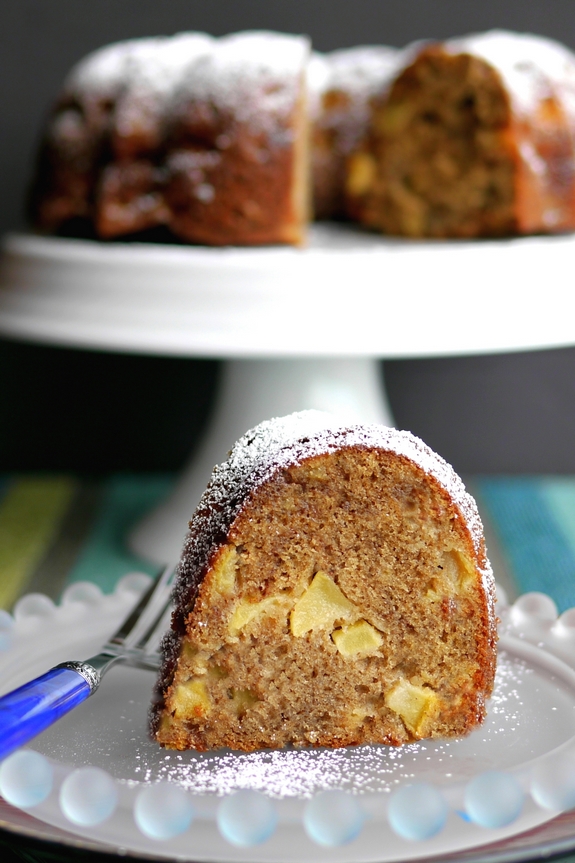 Using butter (dairy) in this recipe certainly makes it less traditional, but it takes the taste up another level. It’s the perfect balance of sweet, with the perfect apple-to-cake ratio. The extra cinnamon just makes it even better. 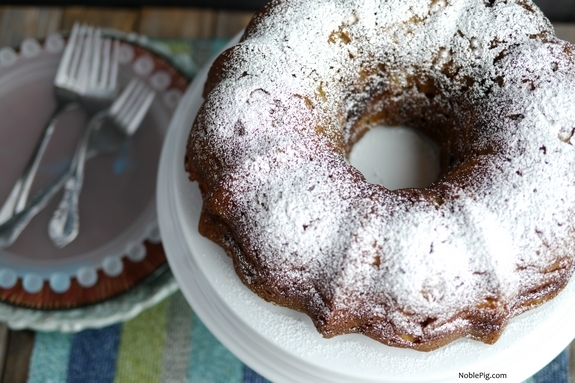 I hope you enjoy this recipe and make it often, I always love to hear your feedback. If you make this cake, or any other of my recipes, make sure to snap a photo and tag me on Instagram with @NoblePig and #NoblePig so I can see it too.

Recipe from: Created by Cathy Pollak for NoblePig.com | Serves: 12 slices