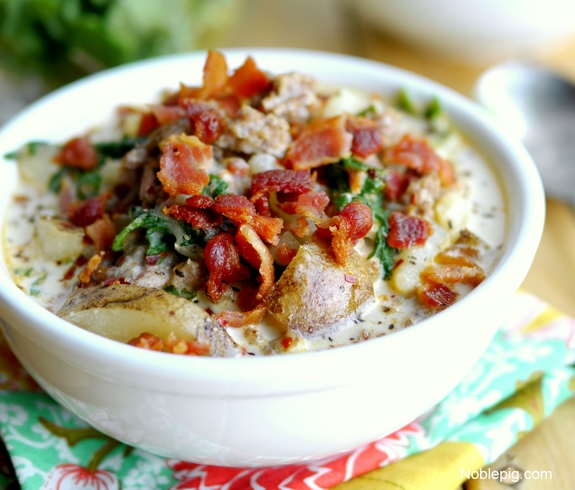 When is the last time you had a meal at Olive Garden? I can’t really remember the last time…its been that long. However, I do know whenever I have been there, I have to order this soup. Gah…it’s so delicious.

Making this is always deadly at my house because it’s so easy to eat more than you should. It’s so hard to stop getting a third bowl….but really, it gets excessive.

The soup is creamy and not overly thick. There are so many potatoes in here you don’t really want it any thicker. It’s creamy, flavorful and has a kick to it.

There are tons of copycat versions out there for this Zuppa Toscana, but I’m telling you this one is the best…even better than Olive garden’s…in my opinion. You just need to try it. Trust me. 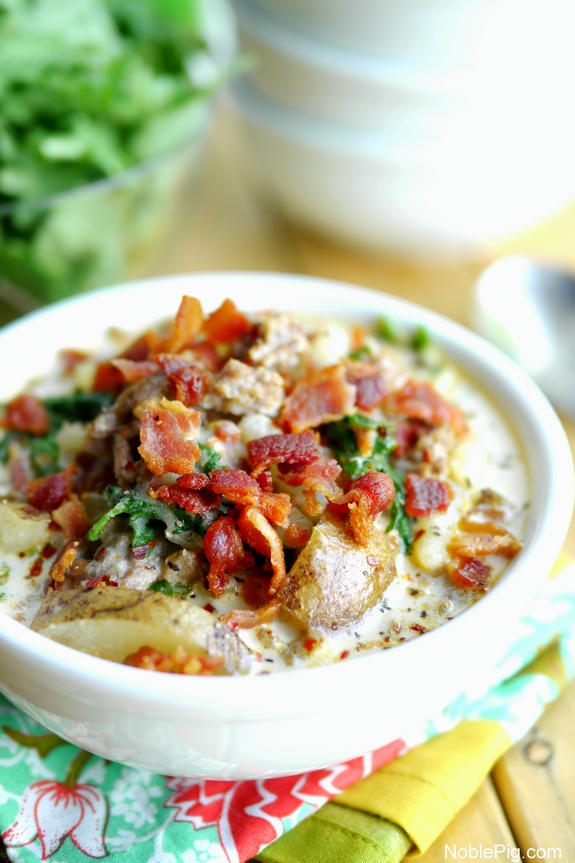 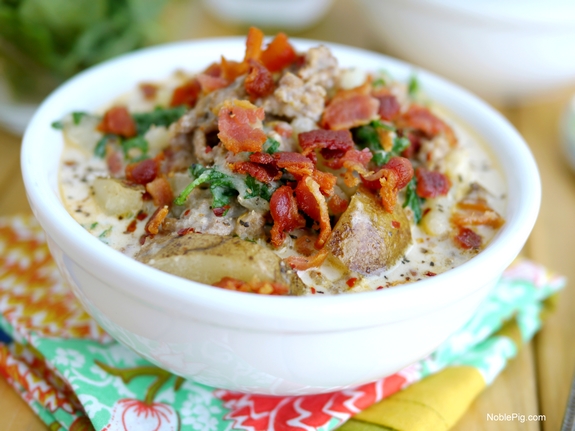 Enjoy it! Wishing I had a bread stick to dip in it.