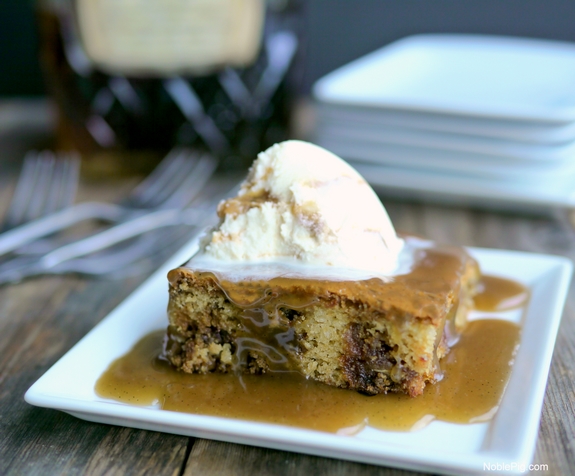 It’s here…..tonight is the premiere of Downton Abbey. Like me, Have you been waiting all year to see what becomes of Lady Mary and her many suitors or maybe you are more concerned with Lady Edith and her sadness in regards to the child she was forced to give up? And will Lord Grantham finally give into the industrial progress that is happening all over England? Who knows, but I’m ready to find out.

For dinner tonight I am making a British themed meal. The Pot Roast is headed for the slow cooker. And if you didn’t plan accordingly, you could make this quicker version of pot roast in your pressure cooker. I am also serving “popovers” or Yorkshire pudding as the Brits call them. I’m kind of laughing at myself for cooking a themed meal for a TV show, but OMG…it’s such a great series. And then there is this dessert.

My idea with this British inspired dessert was to come up with a recipe for Sticky Toffee Pudding Cake you would be able to make today and serve during the show. Many versions of this recipe are more involved and include doing a water bath in the oven, as this is traditionally a sponge cake. I figured the easier I could make this the better. And hopefully you can get this on the table tonight with just picking up a few ingredients at the store.

Would Sticky Toffee Pudding Cake have been served in the Downton Abbey era, probably not since it is a more modern British themed dessert. But who cares really, it’s all in fun. 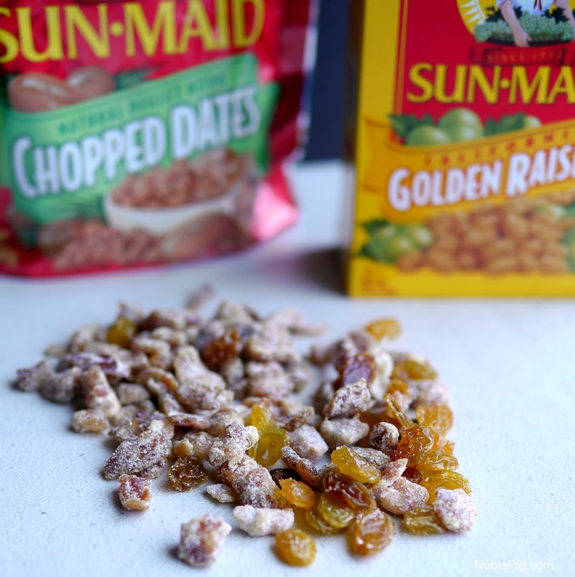 Sticky Toffee Pudding Cake is made with dates, which melt into the batter and make it “sticky” while giving a nice depth of flavor.

I used already chopped dates. This alone is a time saver. Have you ever chopped dates? Since they are sticky, it takes longer. I also threw in a few golden raisins, which is not traditional, but I love what they add. 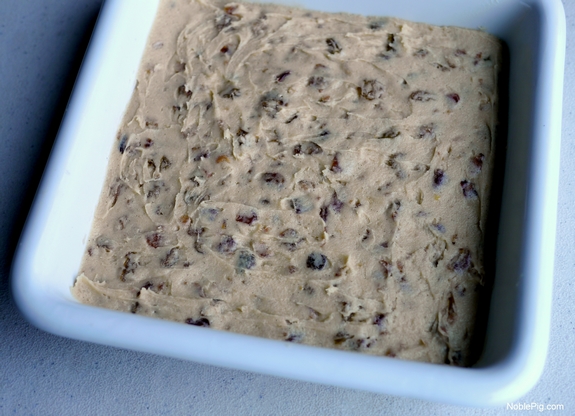 Instead of using individual ramekins for the cake I opted for an 8 x 8 cake pan. I figured more of you would have this size pan readily available. 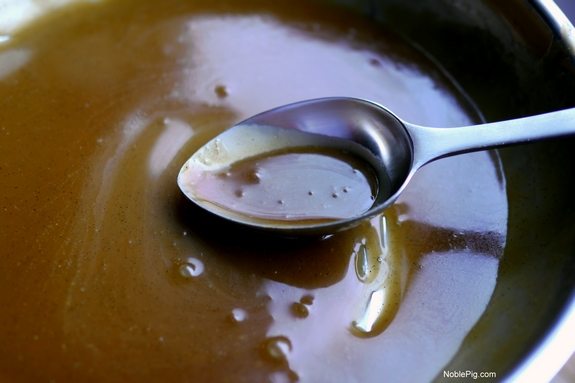 The sauce is a cinch to make. Don’t worry, it’s not like making caramel, which can be tricky. And you can make this several hours ahead and gently rewarm it before serving. 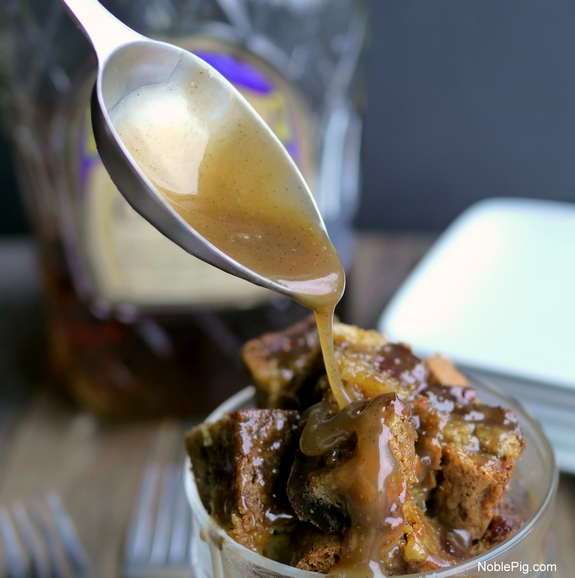 There are two ways to serve this cake. The first was the beginning shot, just as a piece of cake with sauce and ice cream on top. 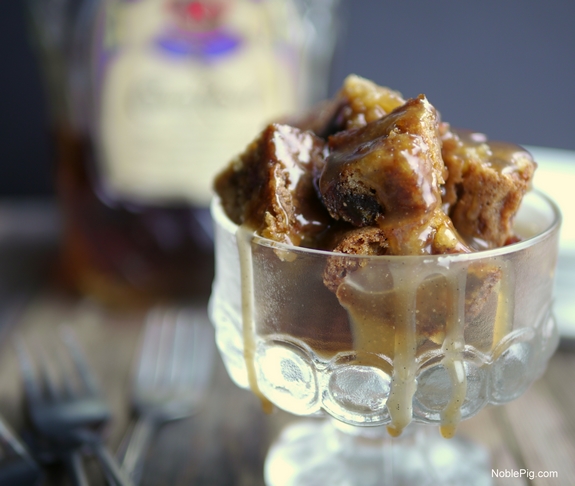 You can also cut the cake into small squares and serve in a dish with the toffee sauce poured on the top. 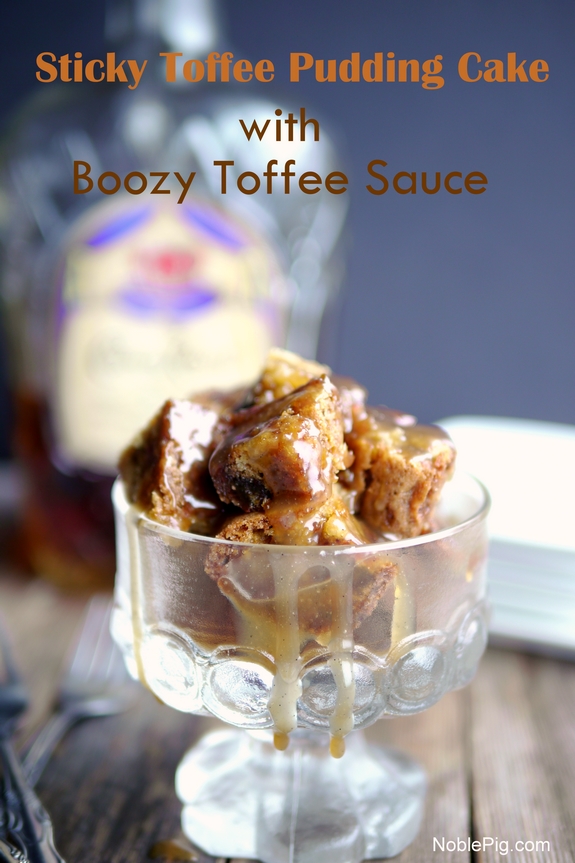 The finished dessert is very rich, so large portions are not necessary.

And in case you were wondering, the cake is absolutely spectacular, luscious even. A must try. 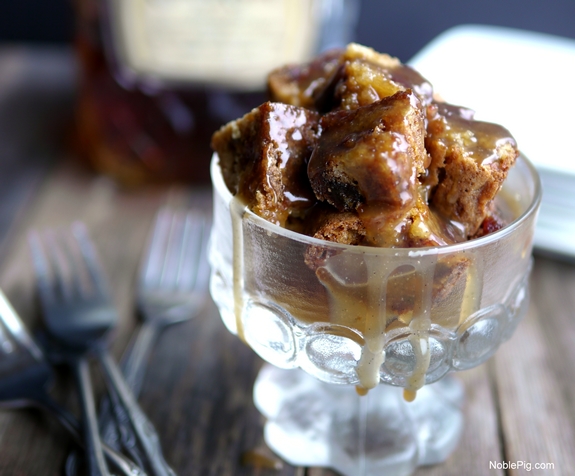 Recipe from: Created by Cathy Pollak for NoblePig.com | Serves: 6