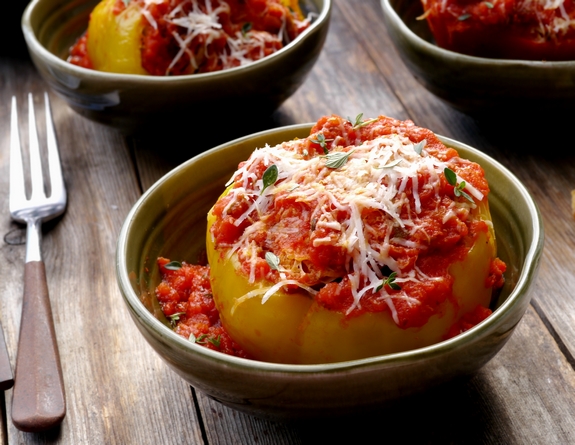 What seems like a million years ago, but maybe it was only three or four, I was working on getting my kids to love the taste of bell peppers. They were young and bell peppers were something I wanted them to be familiar with and enjoy. This way I could add it to salads and other foods I loved to make for the family.

One day I decided to make stuffed bell peppers that mimicked pizza (crust and all) and things started looking up. They really enjoyed the pepper stuffed with pepperoni, cheese and homemade croutons. Drizzled in pizza sauce it was a familiar and taste. I can now report they eat them, especially when I make them like this! 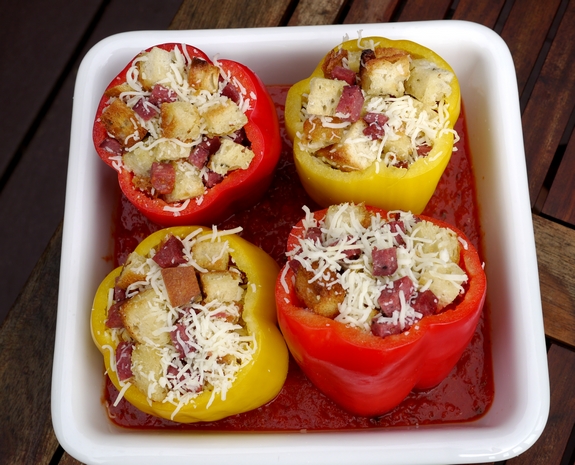 Here are the stuffed peppers before they go into the oven. They bake up so easily and are a great way to get a serving of veggies into your family’s meal. 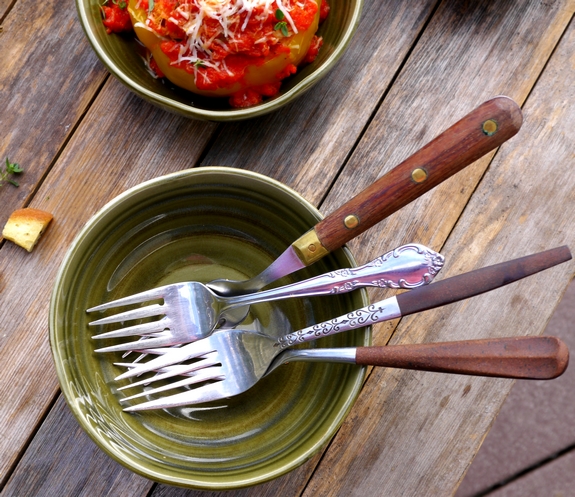 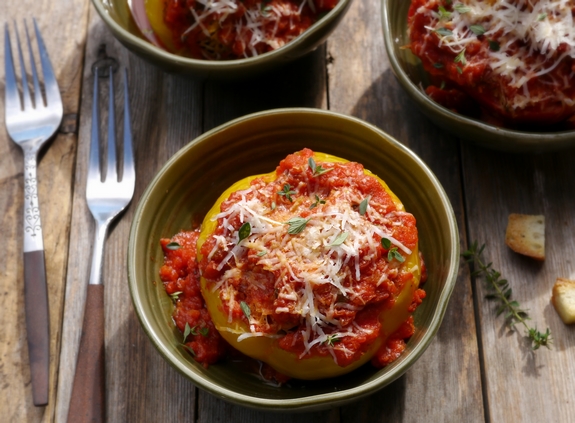