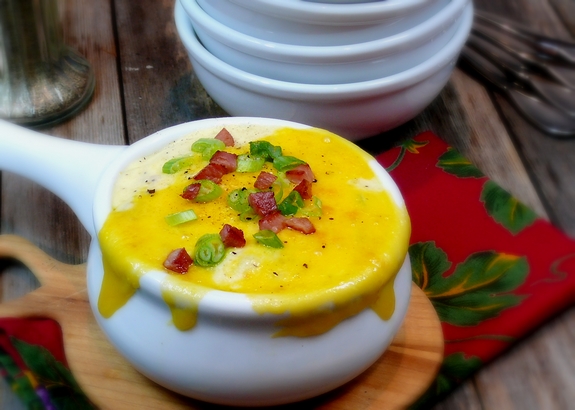 I dream about this kind of soup. It’s completely decadent. It’s probably one of the biggest comfort foods out there. Which is perfect for this time of year in Oregon. It’s cold, rainy, snowy, sleety and it’s so dark outside by 2 in the afternoon. The gray landscape just begs for dishes like this Triple Threat Loaded Baked Potato Soup.

Now, what makes it a “triple threat”? Let’s see, it has lots of leftover holiday ham from my juicy holiday ham I made the other day, it’s full of bacon and extra sharp cheddar cheese…I won’t even mention the cream, buttermilk and sour cream in here too. It is the best dang soup you could ever imagine. The kind of soup you have to force yourself NOT to eat three or four bowlfuls…because you’ll want to. And you might even do it.

My husband took one bite and just looked at me like, “are you serious…this is incredible”…umm, yes, I know. Did you expect anything less….(insert maniacal laughter now)?

Save some of that leftover ham from your holiday feast and enjoy it in this soup. 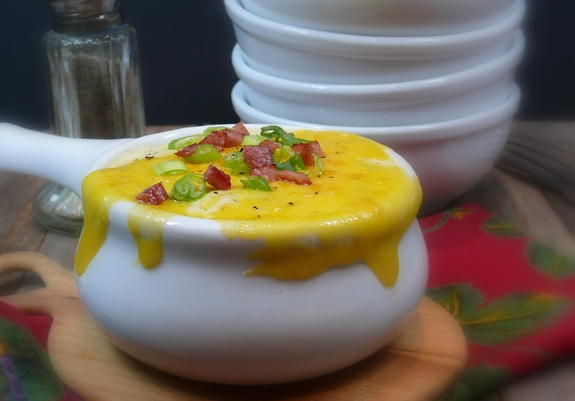 Melting cheese over the top under the broiler is optional but sure makes a great presentation.