Delicious shredded pork with a Thai flavor you will not be able to stop eating. This Slow Cooker Thai Pork has layers of flavor and is perfect served over rice, but would also make great pulled pork sandwiches. 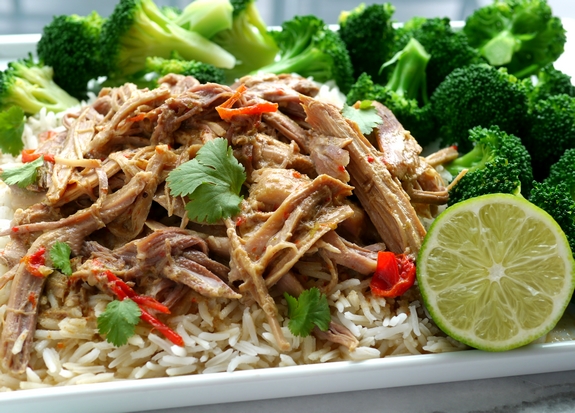 Thai food is one of my favorites and this Slow Cooker Thai Pork does not disappoint. There is something about the background peanut flavor with fresh lime that keeps me returning to this type of food all the time. As a family we don’t always head to the Thai restaurant since I have one child with a peanut allergy. It scares me a bit that he would be accidentally exposed there. It’s better for me to just make Thai food at home and keep him away from it. I also love making this Slow Cooker Thai Noodle Soup. The taste is on point.

This particular thai recipe is simple to put together. I love to load up my slow cooker late in the evening and have it cook all night so it’s ready for lunch the next day. Always a great thing on the weekend. The only problem with slow cooking all night is the good smelling food wakes me up in the middle of night, usually about 3 AM. I can hardly sleep after smelling it. Does this happen to anyone else? I suppose it’s not too bad of a thing to be woken up to smells of wafting deliciousness. 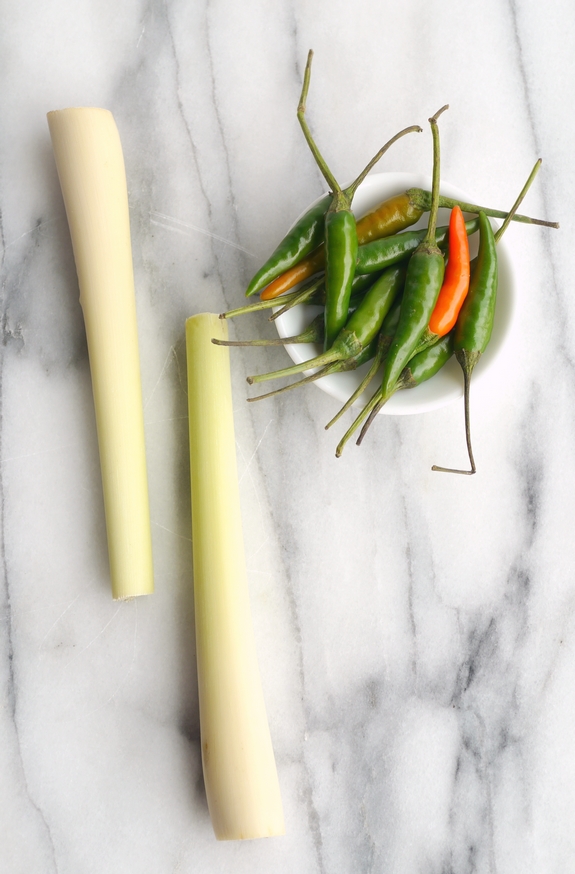 These are Thai chiles and lemon grass stalks. They are very common in grocery stores and you should not have a problem finding them. Make sure to wear gloves when working with the chiles. The lemon grass stalks have a somewhat hard, outer shell. Run a knife lengthwise down the stalk and remove the outer layer before tossing them into the slow cooker. 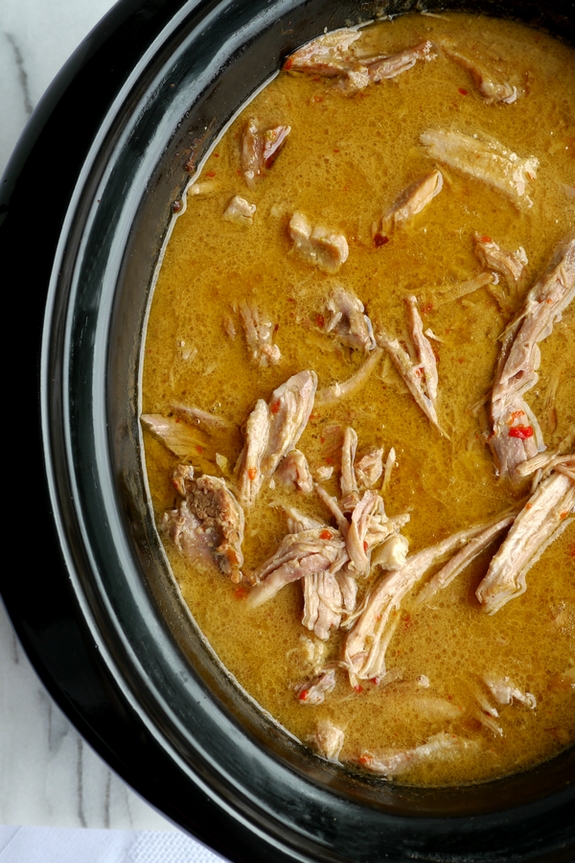 This is what the pork will look like when done. The red bell pepper breaks up and dots the landscape of the sauce. It’s kind of perfection. 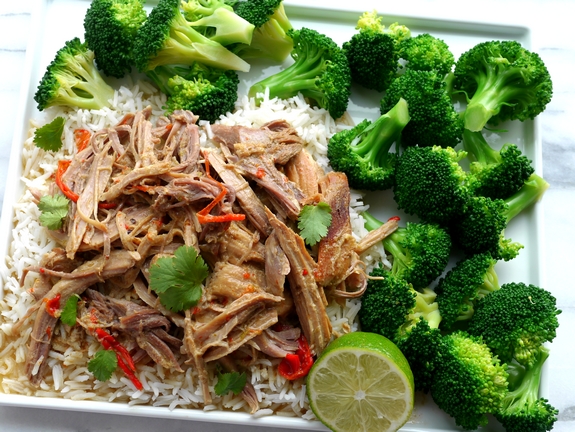 Serve the shredded pork over white rice, I prefer batsmati, but I think Jasmine rice would also be a good choice. 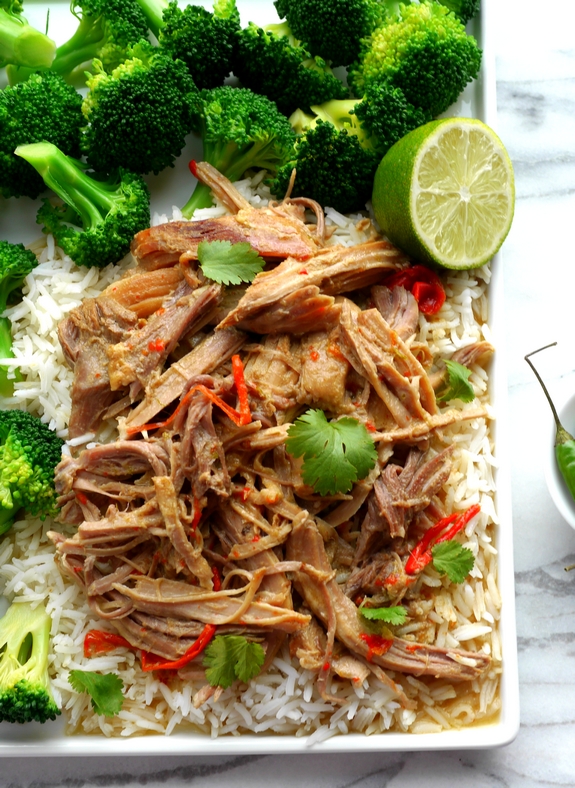 To round out the meal serve with steamed broccoli and make sure you have lime wedges available to give your portion a final squeeze of vibrant, fresh lime. 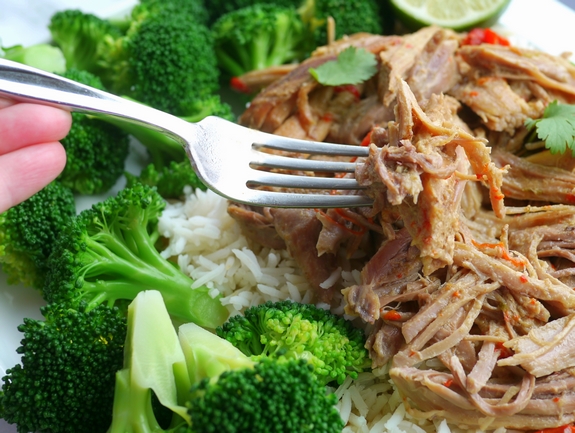 Hopefully you have leftovers, it reheats perfectly.

Make it soon and often!

Do you love slow cooked meals? Then you need to try this Slow Cooker Pesto Mozzarella Chicken…so good. A Slow Cooker Ham and Potato Soup might also be right up your alley.

Three years ago I made Slow Cooker Pulled Pork Chile Verde and it’s still one of the most popular recipes on this site. Six years ago Pomegranate-Balsamic Glazed Carrots were on the menu and have never left the rotation. Seven years ago Egg Foo Yong became my favorite make-at-home Chinese dish. Eight years ago the best dessert was Cherry-Pineapple Cinnamon Crunch Dump Cake and still is amazing to eat.

Recipe from: Created by Cathy Pollak for NoblePig.com | Serves: 10-12