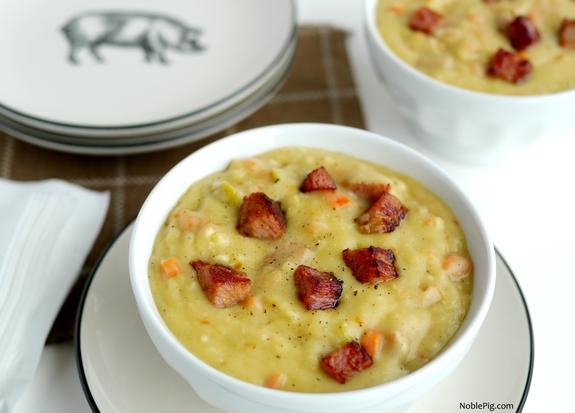 Well, I’ve been holding out on you guys. I’ve created a soup rivaling and mimicking my insanely popular Dill Pickle Soup. Only about a jillion of you have made that one, claiming it to be the best thing you’ve ever eaten. Well, if you love that hearty taste and a full mouth-puckering flavor, this Pork and Pepperoncini Soup will also knock your socks off.

As you can see it’s thick and rich, the perfect comfort bowl for sweater season. I have been more-inspired to cook with pork since returning from Iowa and my time spent on the Brenneman Pork Farm with the National Pork Board.

However, let me be Captain Obvious for a second and say, I never really need inspiration to cook with pork, I mean hello…bacon, but while in Iowa I was reminded about so many other ways to incorporate pork into my daily eating.

I was also able to do some super fun, awesome things all swirled around raising pigs into the pork we all safely enjoy eating today. 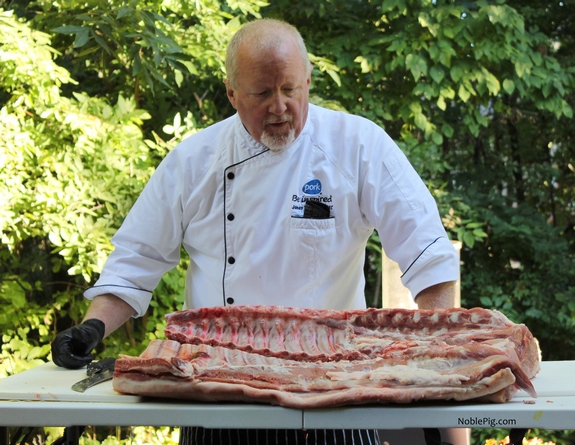 When we left the pork farm behind (it was hard to leave too), we headed out to the awesome home of Nina (if you are in Iowa you NEED to take one of her cooking classes…just do it) where we were treated to a pork fabrication demo. It was quite educational to see where all the cuts of meat come from….pigs are so much more than bacon. Yes, they are.

Anyway, while at Nina’s, there was a plan, a really fun one. We were going to be cooking lunch (5 recipes, all pork filled, down to the dessert) with Chris Soules, the bachelor, from The Bachelor television show. Chris is an Iowa pig farmer himself working with the National Pork Board to educate consumers on Real Pig Farming practices. Yes, friends, he’s as cute in person, just in case you’re wondering.

Chris was brave enough to spend the afternoon cooking with 10 food bloggers (we can be a handful) in Nina’s kitchen. Let’s just say, we had a blast and he was an excellent sport with all the shenanigans we put him through.

After Chris asked me to accept his bacon rose, which I graciously accepted (watch the video here), the next many hours were spent making some seriously amazing food; all directed by Nina and inspired by PORK! Then we ATE AND ATE AND ATE, which is what we do best. And we laughed ourselves to belly aches, that’s what we do second best. It was an amazing trip, one I will never forget. 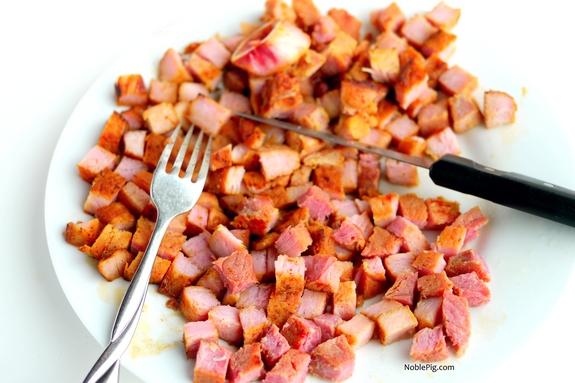 This soup I have put together makes good use of those ham steaks that are so readily available at the grocery store. Just brown both sides in butter until you have a few crispy edges and cube into small, bite-sized pieces, removing any visible fat.

The soup itself is thick and obviously has the robust flavor of pepperoncini. If you are like me, pepperoncini is another one of my obsessive tastes. I crave them all the time. I put them on every sandwich and I knew making them into a soup, with ham, was going to be about the most perfect flavor of all time. And it was.IT WAS. 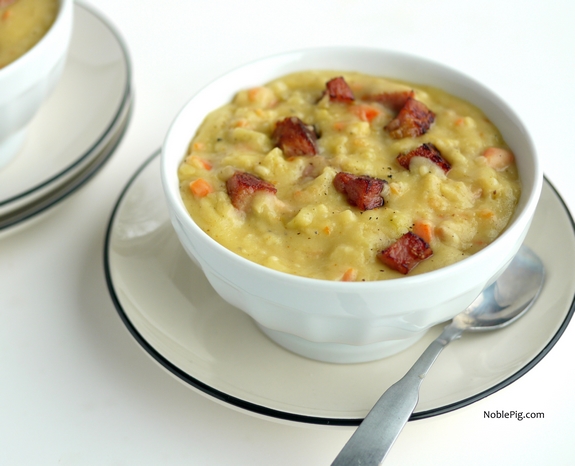 I use the deli-sliced pepperoncini’s in the jar, not the whole ones full of seeds, those just don’t work. Trust me on that one.

And one other thing, you have to love the flavor of pepperoncini’s to love this soup. It is a powerhouse of flavor, so your love of this pepper must be true. I know many of you are addicts just like me.

I can’t wait until you try it, report back when you do.