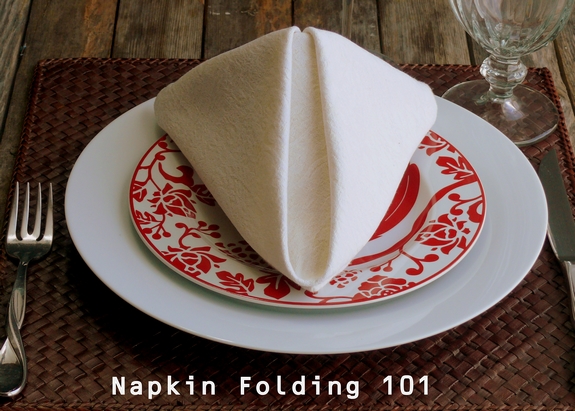 I will admit I love a cloth napkin. When company comes calling, I’m all about pulling out the fancy napkins. I have tons and tons of patterns and have a hard time resisting a new set when they are on sale.

Yes, I am one those nerds who have taken napkin folding classes on cruise ships. Those guys fold thousands and thousands of napkins daily…they know what they are doing.

So when I’m not rolling my napkins into cute napkin ring holders, or rolling them with silverware, I prefer a fancy fold that sits right on top of the plate. Who doesn’t love a nicely starched napkin waiting for you at your place setting?

This particular fold is called the Pyramid Fold, it’s so easy and is one of the classiest and most simplistic folds to learn. 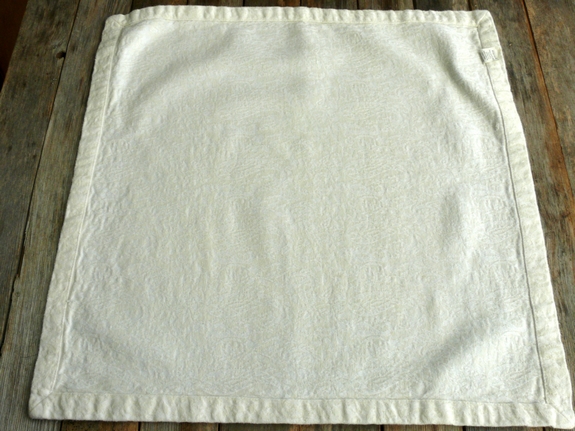 Start with a freshly pressed and starched napkin. You’ll want to lay the napkin face down. In other words, top side down. 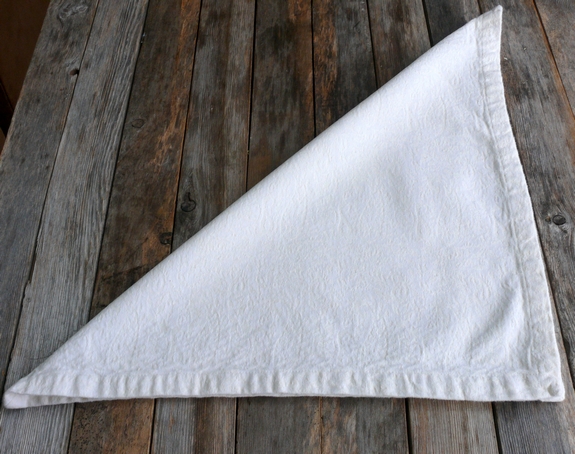 Fold the napkin in half diagonally or bring the top left corner towards you to meet the bottom right corner. 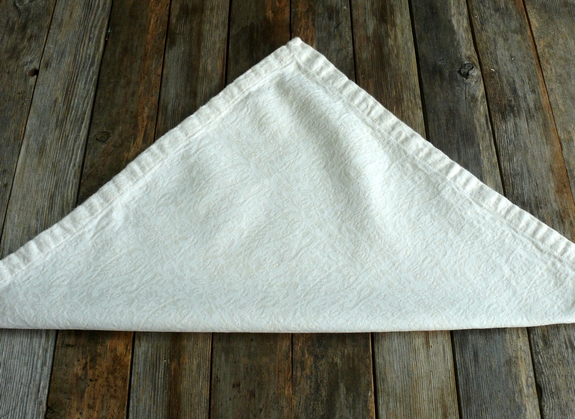 Turn the napkin so the open end is facing away from you. 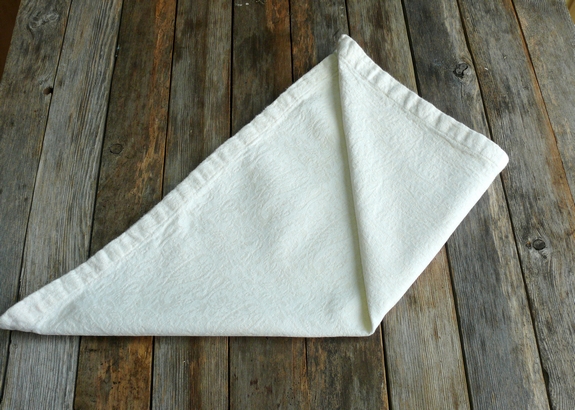 Take the right end and fold it up to meet the far corner. Make sure the edge of the fold remains in the center as shown. 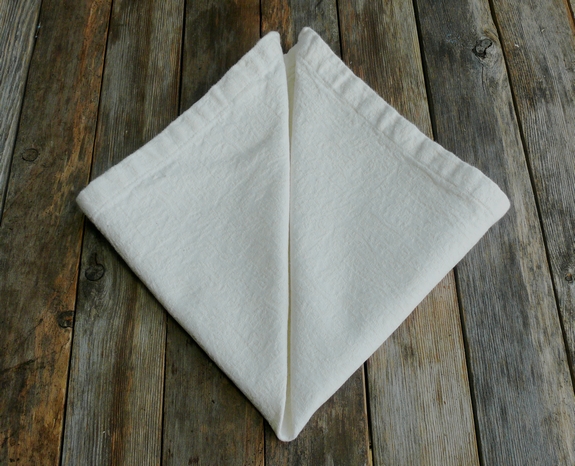 Repeat the fold with the left side, ending with the diamond shape you see here. 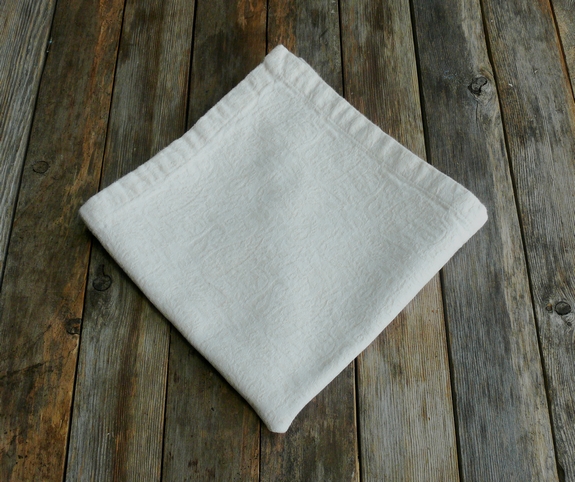 Turn over and you’ll want the open end facing away from you. 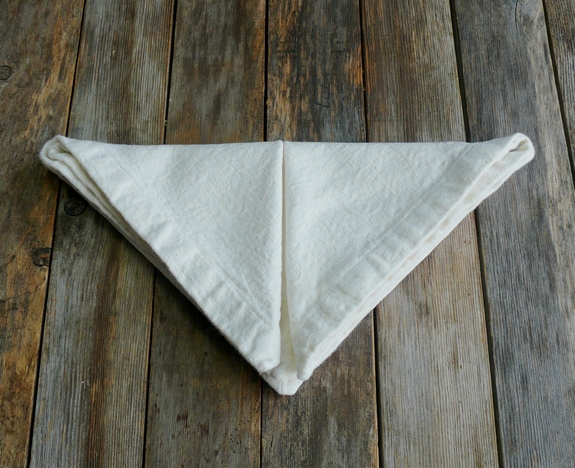 Fold in half by bringing the farthest point of the diamond up and back to the nearest point. Turn over and keep the open end facing you 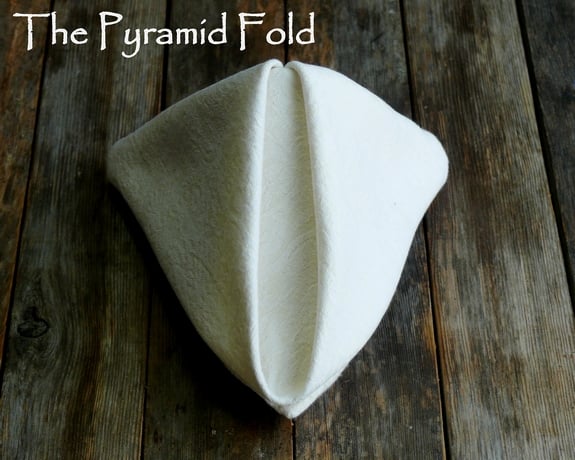 Fold the napkin along the center and here is your pyramid, it’s so easy! Everyone will be impressed.