This recipe came from Food Network’s Magazine this month (I love this magazine), but I did change a few things. I used a little more bread, regular butter, bacon instead of pancetta, sage instead of tarragon, white wine instead of sherry and more cheese of course. It was perfect, just perfect. 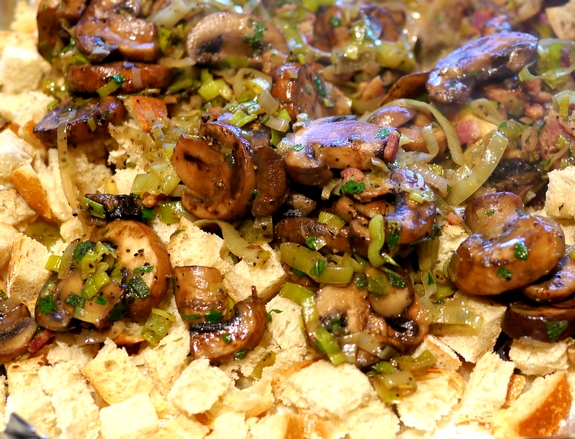 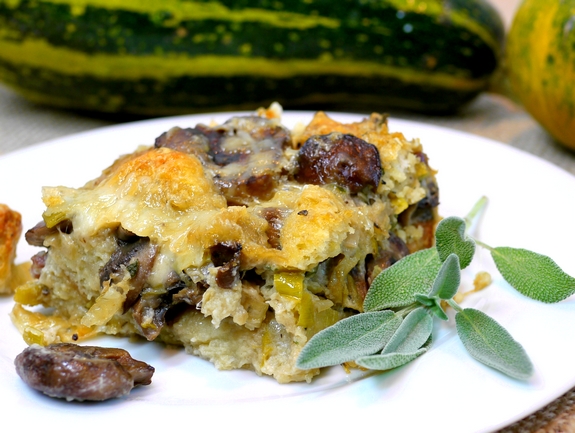