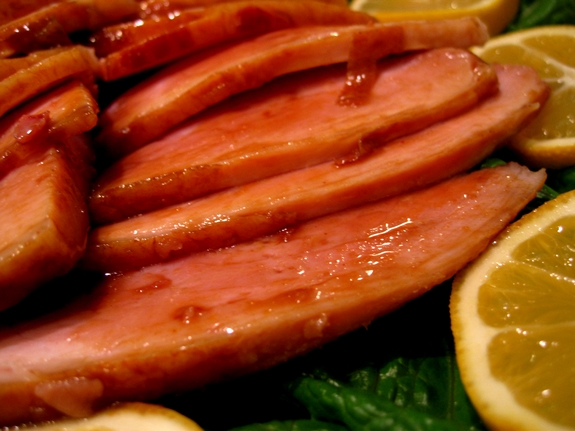 Is there such a thing as a ham of your dreams?  I didn’t think so until I had this one.  BAKED HAM with RUM and COKE GLAZE is not your ordinary, dried out, gross, nasty, ham-holiday-dinner that you are used to.  It is one of the best ham’s I have ever had in my life.

It’s so juicy, and puts Honeybaked Ham to shame.  Trust me.  Even after refrigerating and reheating the next day, it is still perfectly, PERFECT.  (The ham sandwiches are to die for.)

If Easter for you means ham, this is the one for you.

Let’s have a little HAM 101 before we get started.

First of all, never ever buy a spiral-sliced ham.  That is one of the first precursors to having a dried out piece of meat.  The extra-processing ruins any chance of a juicy ham.  All the pieces are exposed to air which leaves you with dried, processed meat.  Yuck.

You need to pick the right cut and the BUTT half is the only way to go.

A whole ham is way too hard to carve.  A shank has all the connective tissue.  But a BUTT is easy to slice with easy to see muscle groups, making carving a cinch.

You also want a BONE-IN ham.  Do you know what a boneless ham is?  It’s ground ham that is mushed back together.  It’s not pretty people.

So to recap, you are looking for a butt half, bone-in, no slices removed, natural juices or water added/no water added ham.

Those are your criteria.  Now go find the meat and let’s get started. 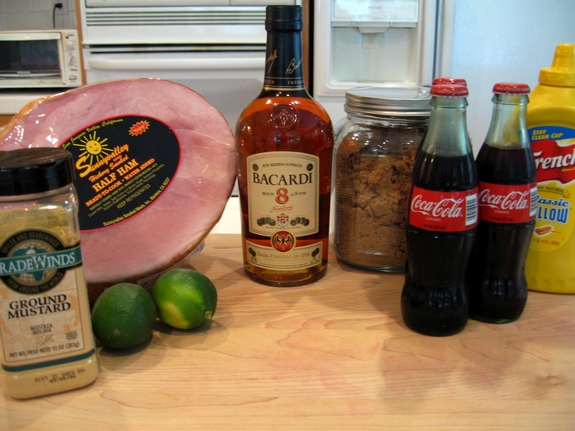 Look, this is all you need.  It’s nothing, considering you will be making the best ham in the whole entire world.  Your ingredients:  butt half, bone-in ham, Coca-Cola, dark brown sugar, yellow mustard, fresh lime juice, dark rum, dry mustard, and salt. 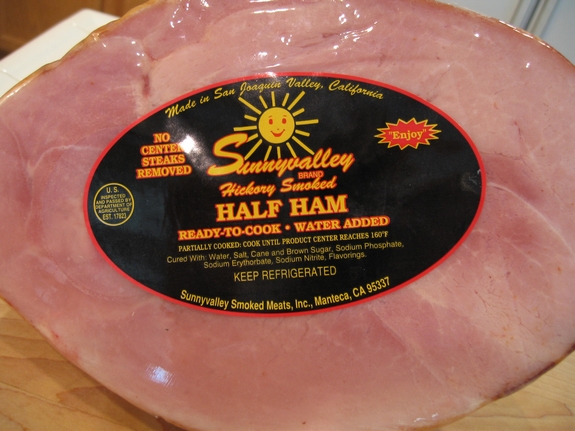 First unwrap your butt….ham (ha-ha).  You will need a 6-9 pound butt half ham.  The ham can be partially cooked as in this one or cured (final cooking temperature will vary).  The cooking of an already cured ham releases the juices, making it very yummy. 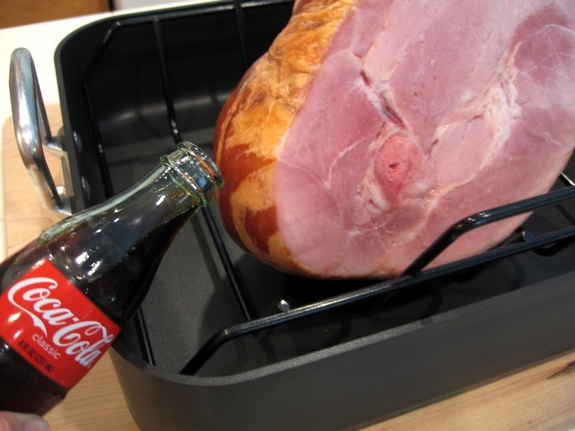 Get out your big roaster.  Yes, you get to use it again.  It’s not just for Thanksgiving anymore.  Set the ham on the rack and fill the bottom with 3 cans of Coca Cola (12 ounces each).  Make sure the ham is not resting in the coke.  Don’t even think about using Pepsi! 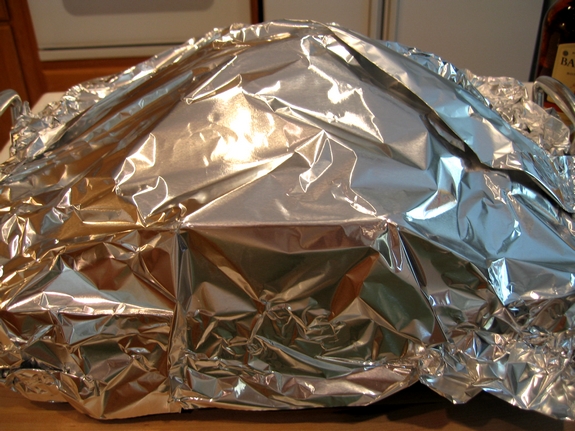 Attention, Attention…a flying saucer has just landed in my kitchen.  Do not approach, I repeat, do not approach.

Okay, I’ll stop.  Have a sense of humor here.  Loosely tent the roaster with foil before baking.  The tent and the Coke will keep the ham moist during the baking process.  It’s a Coke steam bath.  Pretty cool huh?

Preheat the oven to 325 degrees and bake for the first hour, covered. 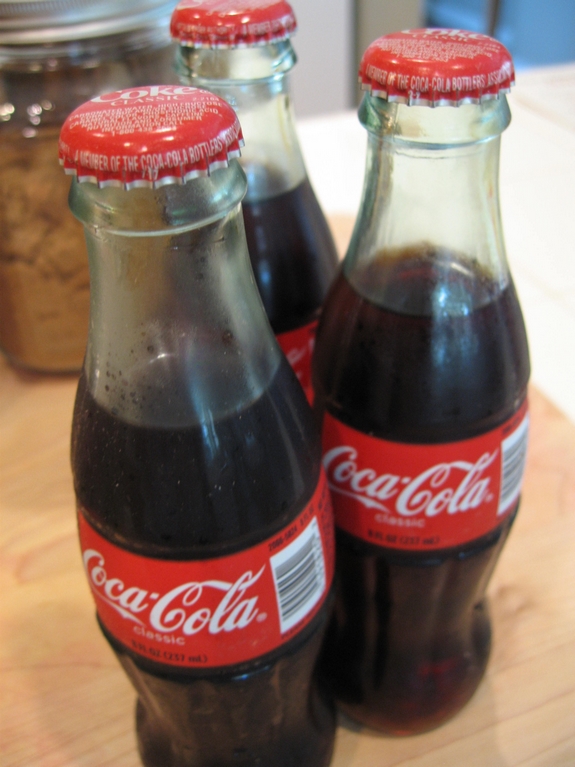 Yes, more soda for the sauce!  Don’t you love these bottles?  Childhood memories at work. 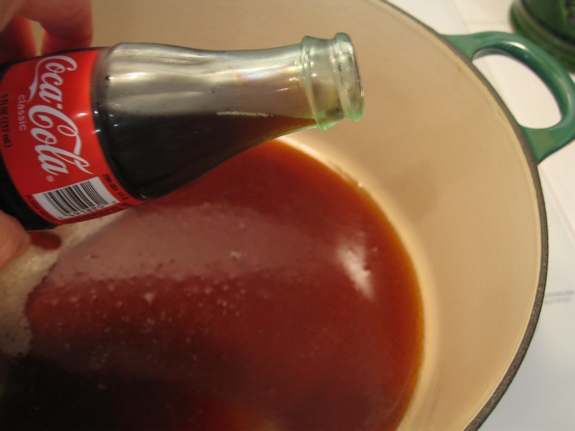 2 cans of Coke (12 ounces each) is poured into a heavy saucepan.  You will simmer the Coke over medium-low heat for about 40 minutes and reduce it to about 1/2 cup.  Do not let this over-reduce.  You will be so sad.

After reducing add remaining ingredients and simmer until they are dissolved. 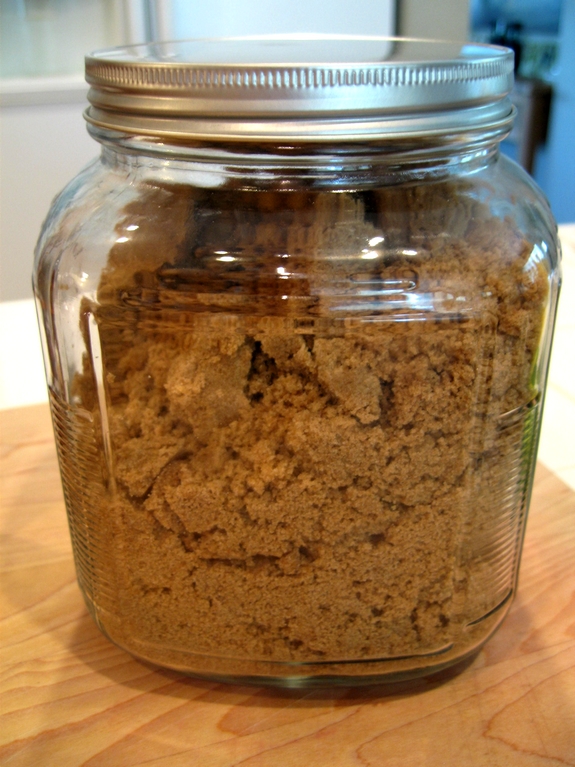 Get the dark brown sugar out.  I would suggest not using light brown sugar for this recipe.  The dark has the richness and depth of flavor you want for the glaze. 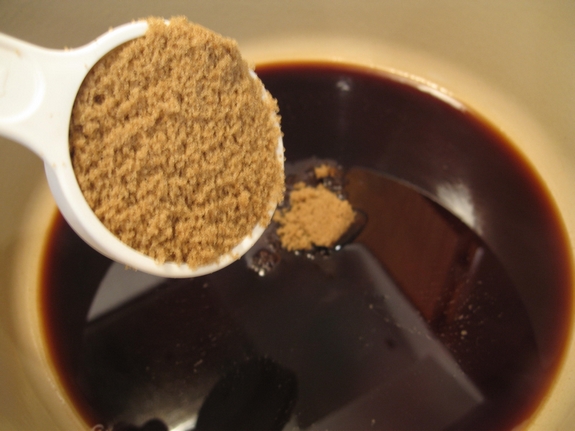 3/4 cup dark brown sugar is added to the reduced coke. 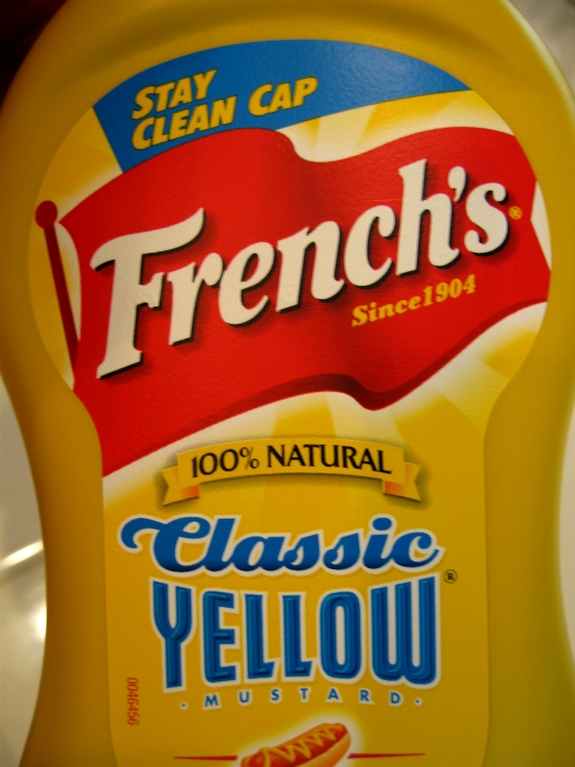 Yep, plain old yellow mustard is next.  I don’t think any thing fancier will make a difference.  My opinion. 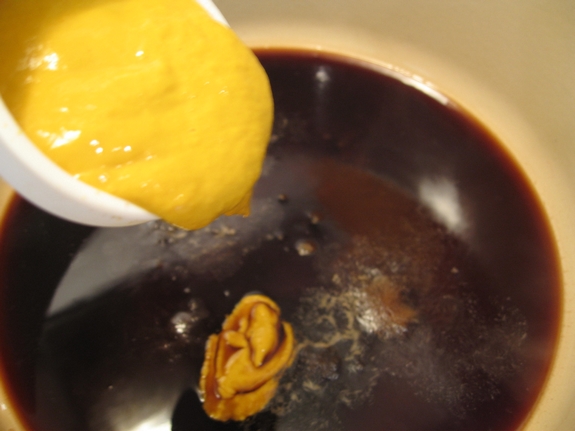 1/4 cup yellow mustard is all you need. 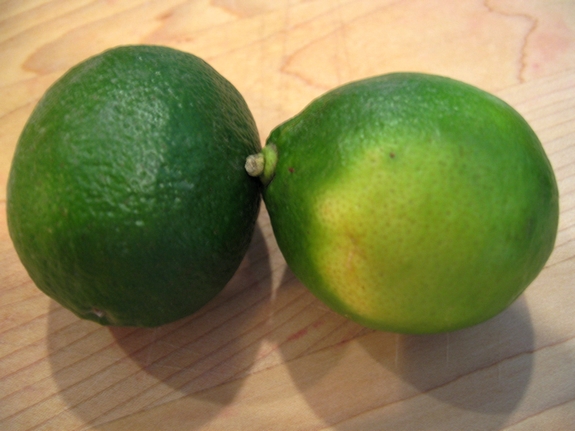 Did you know that male limes always have a yellow underbelly?  That’s how you tell them apart from the females.  When the male lime finds his soul mate, he rolls over and displays his belly as sign of love, devotion and weakness to his new sour squeeze.  Yes, it’s true.  Go ahead and look it up.  Don’t even try to challenge that information. 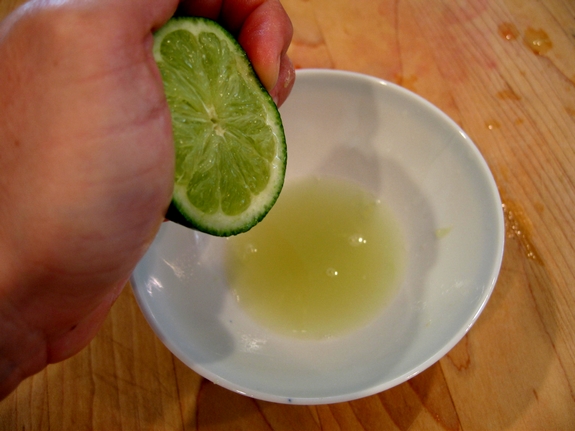 Fresh lime juice is the only way to go.  Since I cut them up, the relationship is over. 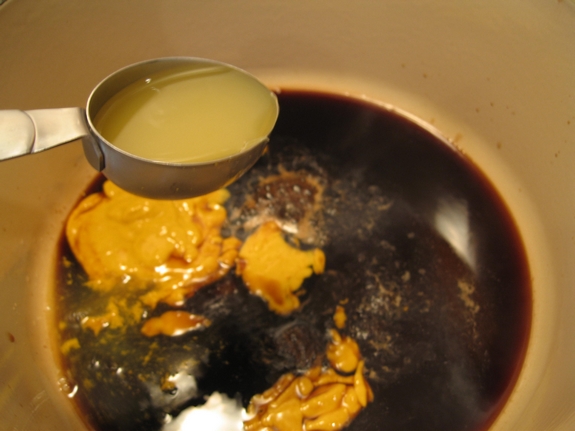 1/4 cup fresh lime juice gets added to the pot.  It’s really hard to make this look appetizing at this point. 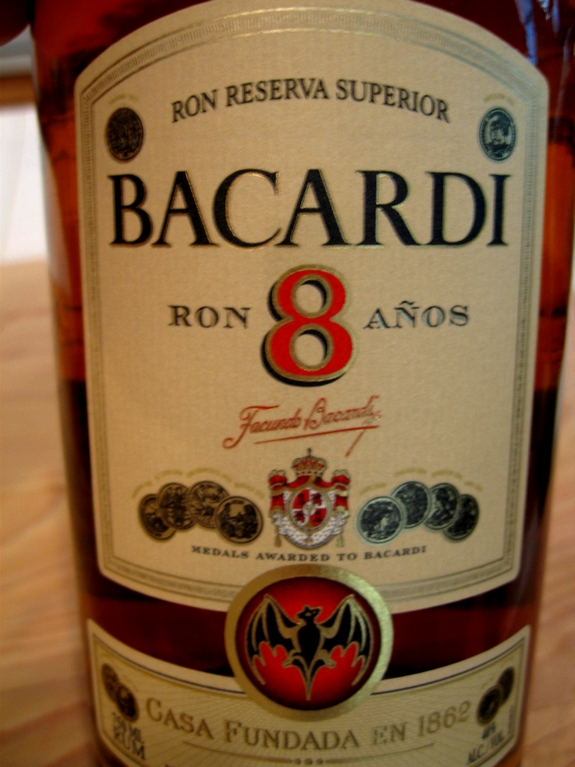 Now we’re talkin’.  We’re not using a lot of rum here, so get out the good stuff. 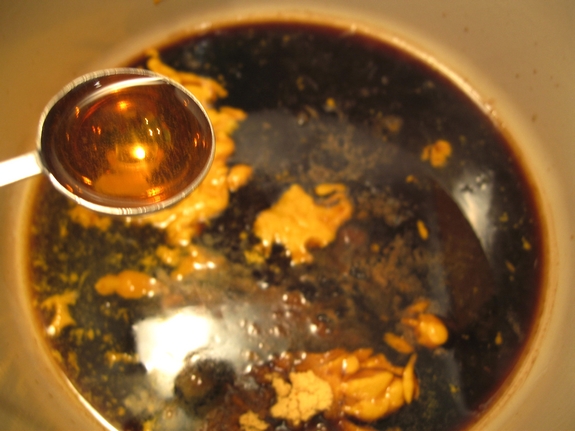 2 Tablespoons of dark rum (do not get out the Malibu rum) is unfortunately all you need.  Looks lovely with the mustard doesn’t it? 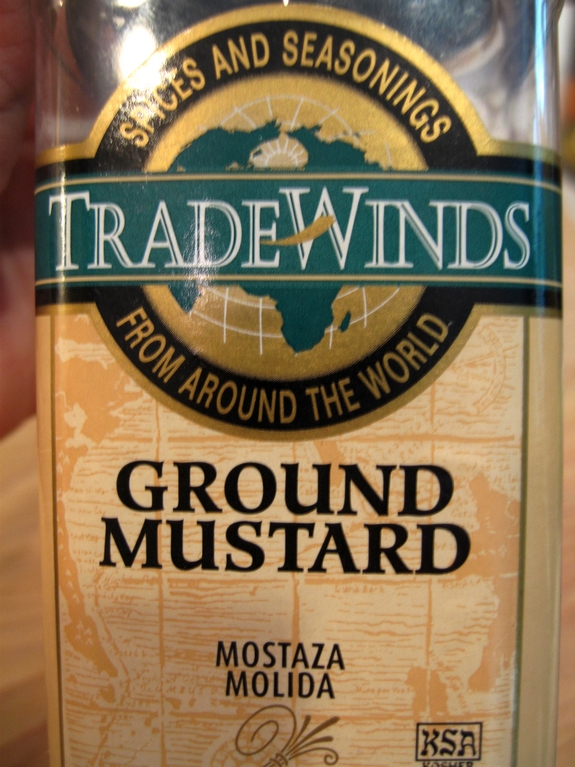 Find that gigantic jar of ground mustard that you saw at Costco that seemed like a great idea at the time. 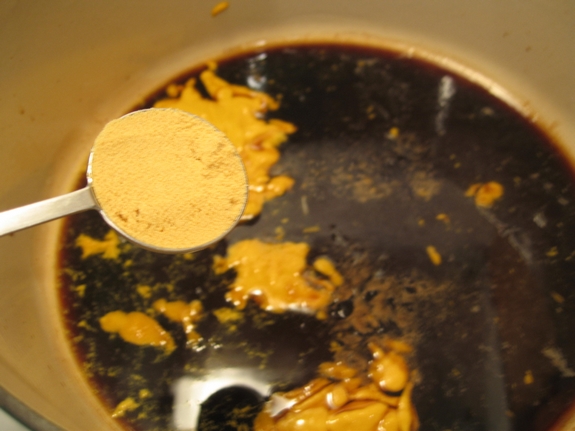 Add 1 Tablespoon of dry mustard and then a pinch of salt.  I just threw some in.

Simmer until all ingredients are incorporated and dissolved. 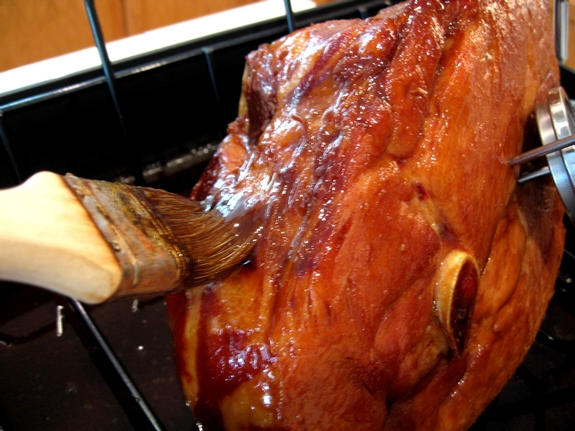 Now the ham has probably been cooking an hour by now.  Pull it out of the oven (don’t burn yourself) and place it on the counter.  Remove the foil.  Find the rustiest basting brush you can and paint the ham with the glaze.  All over, front and back.

Put the ham back in the oven and glaze every fifteen minutes during the last hour of baking. 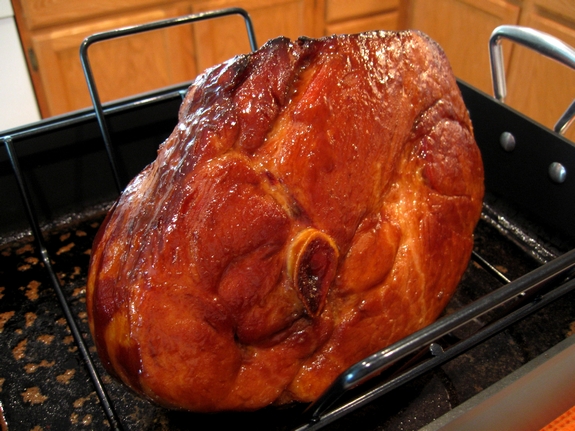 Here it is from the front when finished…isn’t that incredible looking? 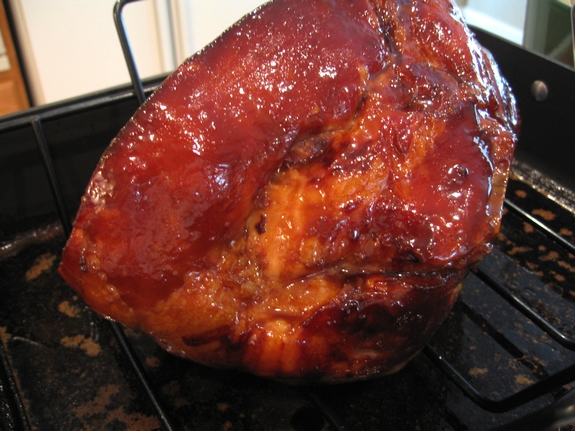 Here it is from the back.  Excuse me a moment while I pick off the crust.  It is so good.  The glaze is really incredible.

Now let’s carve this puppy up.  It’s easier than you think. 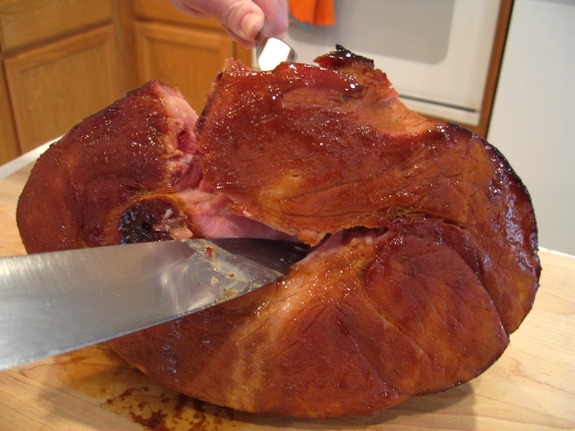 The butt half will have distinctive muscle groups, as seen above.  All you have to do is follow those muscle groups with your knife and carve them out, into 3 large pieces.  From those pieces you will make your slices. 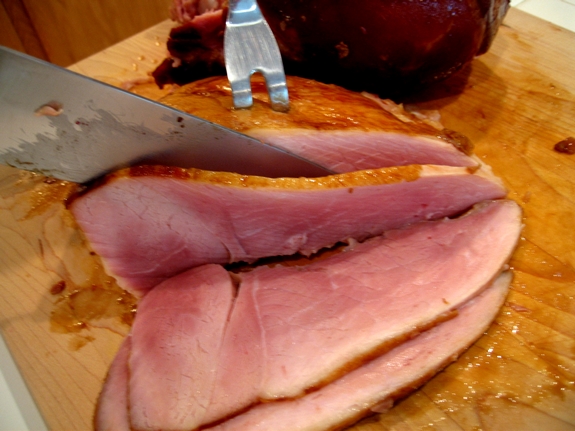 Easy.  It really is.  But don’t try to carve at the table, that is just for the movies. 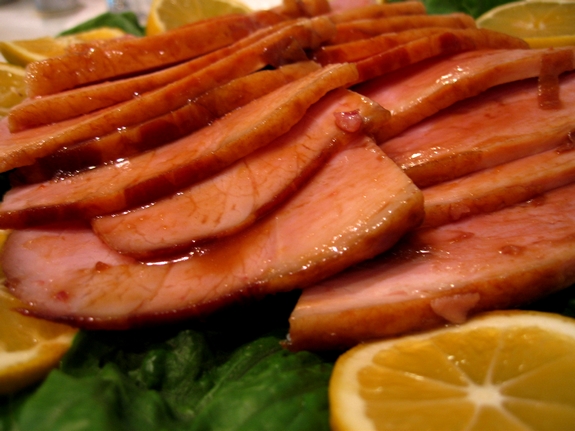 If you have extra glaze, go ahead and brush it on your slices. It will just add to the flavor.

Easter just got better.  Tell Grandma you’re making the ham.  You can do it.

Bake ham with 3 cans of Coke, tented, for 1 hour.  Meanwhile prepare the glaze.

Reduce 2 cans of Coke for the glaze to 1/2 cup over medium-low heat, about 40 minutes (watch carefully to prevent from over-reducing).  Mix in remaining ingredients and simmer to dissolve.

After baking the ham for 1 hour, uncover it and begin glazing, brushing every 15 minutes during the last hour of baking.  (Check to make sure there is still some Coke in the bottom of the pan; add more as needed.)  Remove the ham once an internal temperature of 110 degrees is reached if it an already cured ham.  If you have a partially cooked ham, make sure the internal temperature is 160 degrees.  Allow it to rest 15 minutes, carve, and serve warm.