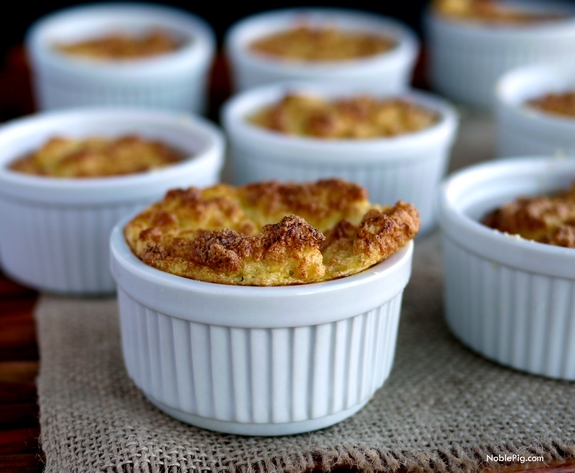 I have really been into cauliflower lately, mostly because it’s so versatile and often satisfies my ridiculous cravings for potatoes.

These little soufflés turned out awesome. They are the perfect side dish for a dinner party. Served just like this or great with a salad. They do deflate a bit as they come out of the oven, but it’s really not a big deal.

I chose to make them in eight-4 ounce ramekins instead of four-8 ounce ramekins as the recipe suggested. This is a more of a side dish serving while the other would be more of a meal serving. 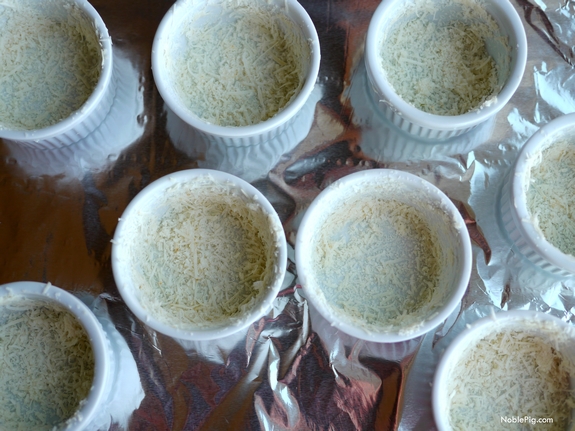 The ramekins are coated with butter and Parmesan cheese is pressed on the bottom and sides. This makes a nice golden crust as well as adds flavor to the dish. 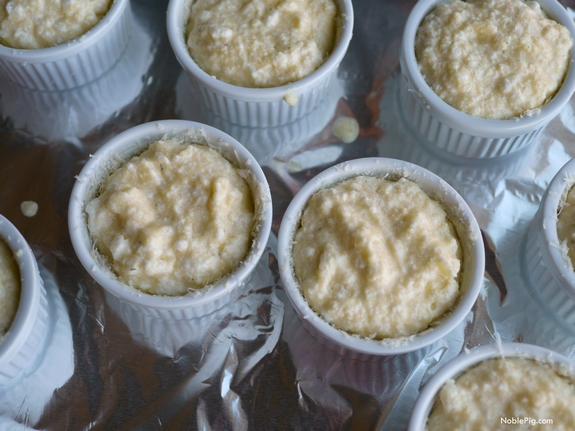 The souffle ingredients are filled to the top of each ramekin. 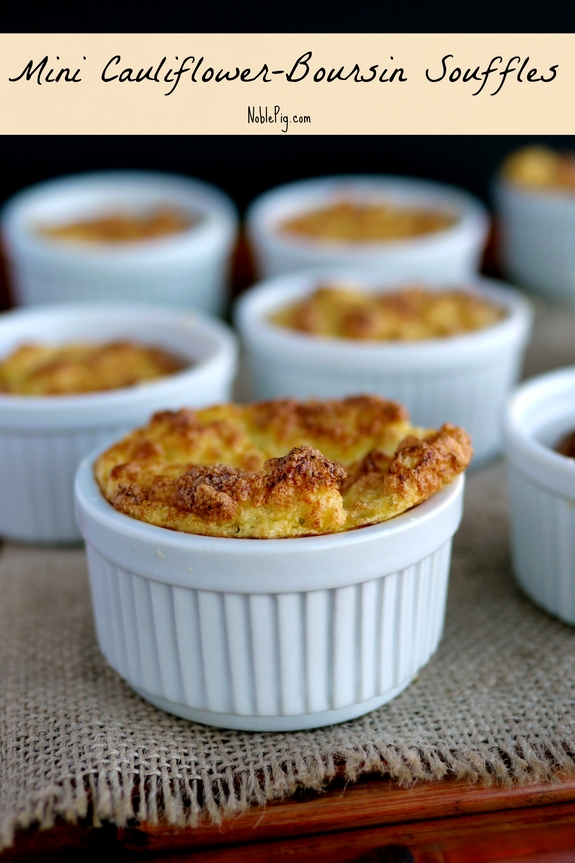 They cook up nicely and turn a nice golden brown. 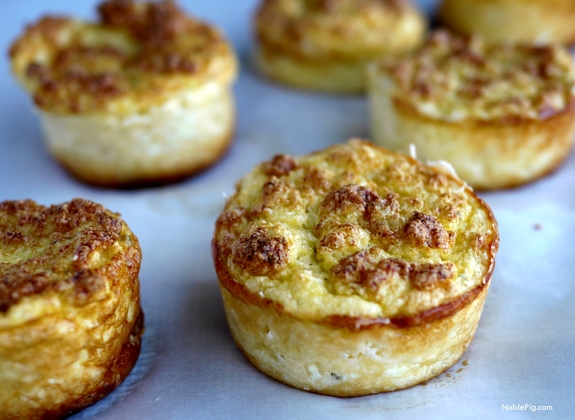 The soufflés pop out of the ramekins easily once slightly cooled. Served this way they are great with a salad. And seeing them like this makes me this recipe might work in a muffin tin? However, amounts and cooking times will change. Let me know if anyone gives that a try.