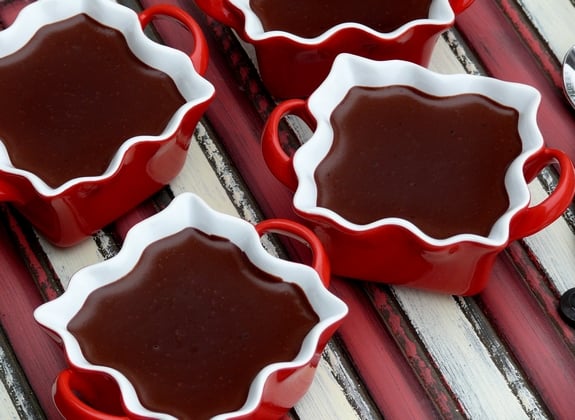 So many people think…pudding, what’s the big deal?  Open a box, pour in some milk, stir a bit and you have pudding.  But really, that’s not pudding. I mean it is, but it’s not that good.  Homemade pudding is one of the most decadent desserts you can make and a little goes a long way.

This particular pudding, I’ve never tasted anything like it.  It’s rich and creamy and the texture is so…well, just perfect.  Best part, you don’t have to use the stove (unless you want to) and it’s made in minutes.

This is “company”dessert.  It’s so decadent and indulgent, I felt guilty eating it on a Monday night.  Okay, actually I didn’t feel guilty at all.  We all deserve a treat. And let me tell you, this is a treat.

I made it all in my 8 cup Pyrex measuring cup and then added it to these cute little bakers.  If you don’t have an 8 cup sized Pyrex, grab one the next time you are at the grocery store.  It is invaluable in the kitchen for many reasons but mostly due to its ability to hold large volumes and its pour spout. I love that thing! 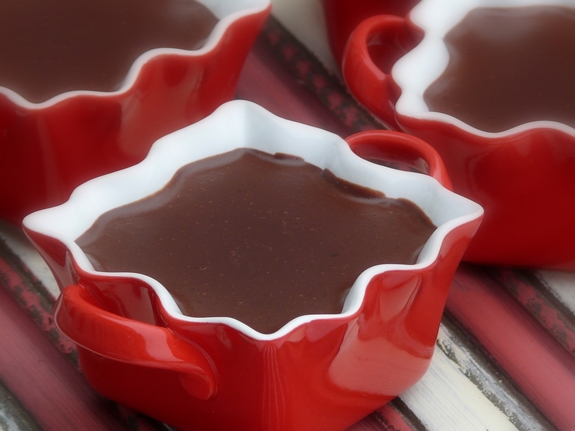 I hope I have convinced you to try this.  You will never buy the box again!!

Have ready six 4 to 6 ounce ramekins or teacups.

Heat the heavy cream in an 8 cup Pyrex measuring cup in the microwave (or in a small saucepan) just until just boiling.  Remove from the heat and whisk in the cocoa until smooth.  Add the chocolate, butter, sugar, vanilla and salt; whisk until the chocolate and butter are melted and the mixture is smooth.

Pour the mixture into the ramekins and fill them about 2/3 to 3/4 of the way.  Cover with plastic (not touching the surface of the puddings) and refrigerate until chilled and thickened, about 4 hours. 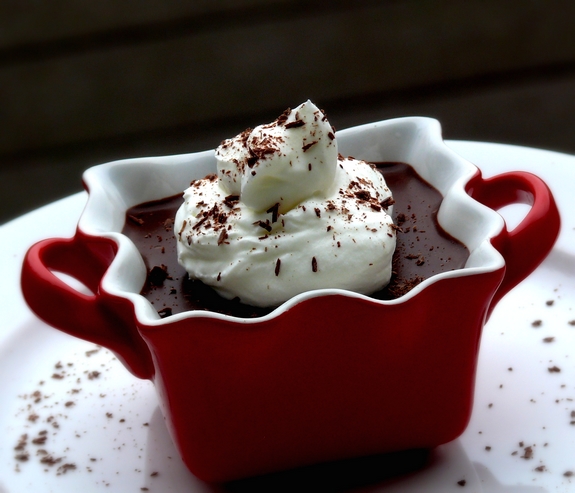