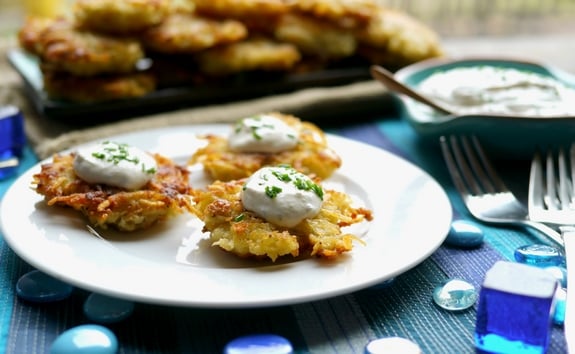 These crispy Panko Latkes with Horseradish Sour Cream will have your family begging for another bite. Large, shredded potatoes, good technique and one special ingredient keep these latkes together while frying, making them a delicious addition to any meal. You might never make another way again.

Latkes are one of my favorite parts of the Hanukkah meal. I grew up eating latkes, but not being Jewish, we called them potato pancakes. My Polish grandmother grated the potatoes on the finest section of her box grater. Before she could finish all the potatoes, they were turning brown because they’re quick to oxidize. Ultimately, they didn’t look very appetizing. 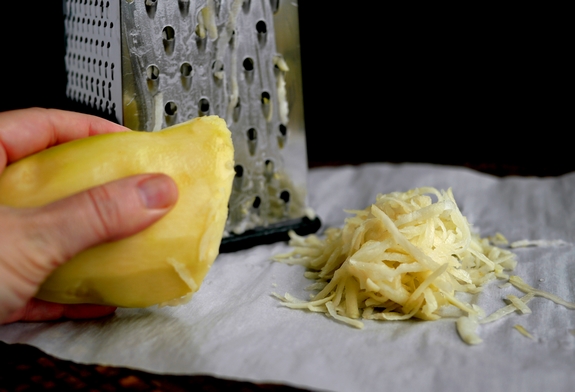 I have to admit the consistency of those pancakes were pretty mushy. The color was a strange brown with a tinge of green. If you’re familiar with making latkes, you know exactly what I’m talking about.

However, they were edible and tasted good with a little sour cream on top. And let’s face it – it’s not like I knew any better and I wasn’t about to question my grandmother’s cooking skills. 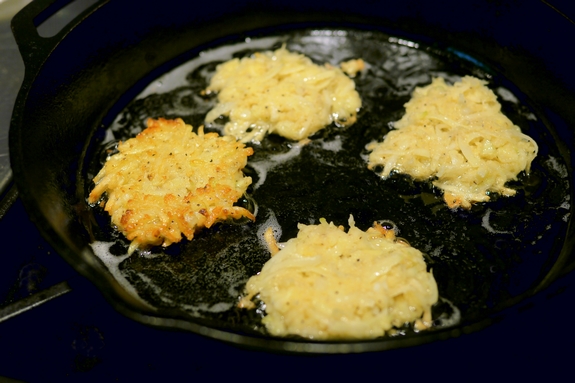 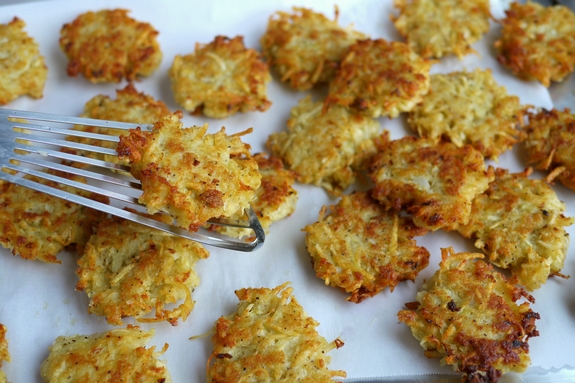 Fast forward many years. My husband thought he would educate me on best practices when it comes to making latkes. His recipe consisted of mixing half fresh potatoes and latke mix into one recipe. It was still your typical, off-colored, mushy latke. I knew I had to fix it. 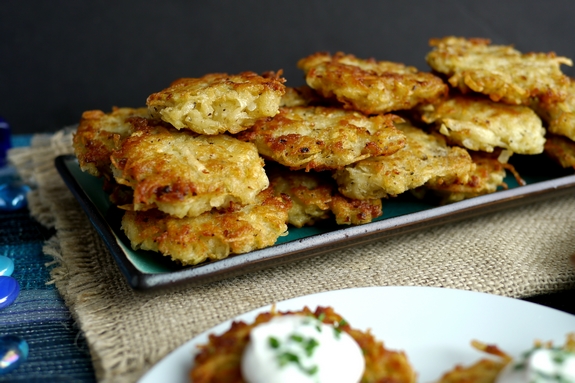 I started experimenting with different binders and larger-sized potato shreds. I found grating the potatoes into water helped keep them from turning brown so quickly. I also added panko breadcrumbs for extra crunch and potato starch (available in the baking aisle close to other specialty flours) as a binder.

The result is a crispy latke that stays together well when you flip it side to side. 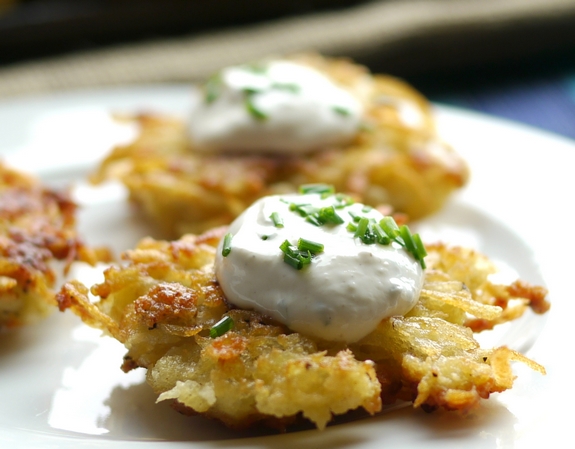 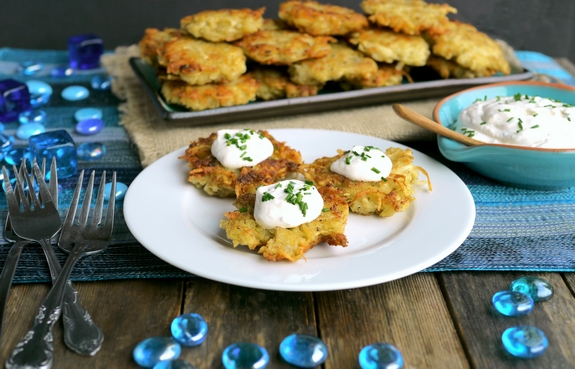 I promise you will love this version, especially if you serve them next to the most amazing kugel.

Recipe from: Created by Cathy Pollak for NoblePig.com | Serves: 24 latkes