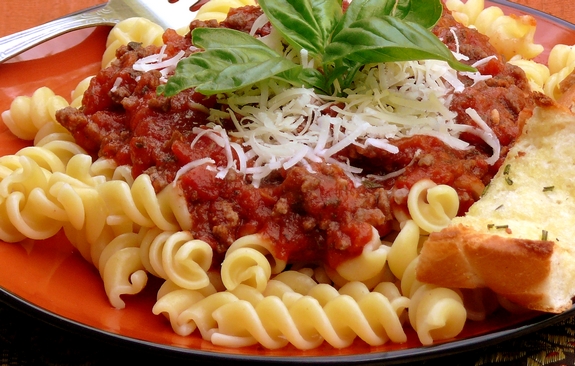 I’m hoping to inspire you to make your own pasta sauce. It’s so easy and so good, especially when you use the best ingredients. Yes, I do open jars too, but I’m always happier when I make my own. Such a flavor difference, there’s really no comparison.

A couple weeks ago, Muir Glen contacted me asking if I would try out a product for them. 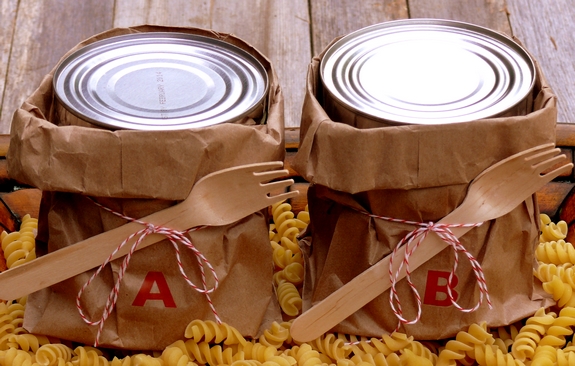 Here is what they sent me. Seriously, I thought it was a cute and clever idea. I applaud them for their ingenuity.  I was just expecting some tomatoes, instead they sent a game…a challenge!!! I loved it. Apparently, Muir Glen Organic Whole Tomatoes were recently featured in a blind tasting study in the April 2012 issue of Cook’s Illustrated (which was included in my package). Their whole tomatoes beat out other leading brands such as, San Marzano and Hunt’s on flavor, texture and overall appeal. Muir Glen wanted me to do my own taste test and decide for myself. They marked the above cans A and B and removed the wrappers, including a card which revealed the different tomato brands.

Here’s the funny thing. I already knew Muir Glen was the best and has been the only brand cannned tomatoes I have bought in very long time. You see, I never really knew much about canned tomatoes, I mean, really, I never thought about them. However, when I was getting my winemaking degree at the University of California, Davis, I learned more about tomatoes than I had ever imagined.

It turns out Davis, California was tomato country, and back in the day, a Hunt’s processing plant operated there. Lots of research was conducted at UC Davis about tomatoes. I learned from several professors to always buy canned whole tomatoes and turn it into sauce, as opposed to buying sauce itself. The reason being, the tomatoes used in canned whole tomatoes are required to be riper when they are canned, as opposed to diced or sauce tomatoes. Therefore, is one of the reasons they will taste better.

After I found that out, I started testing out brands and found I preferred the Muir Glen Organic Whole Tomatoes. They had the absolute best flavor. I stock up on these cans since the brand is not carried at every grocery store in my town…makes me crazy. And this is what I use as the starting base of my red pasta sauce.

So while I loved the package I received from Muir Glen, I already knew they were the best out there. Now I just feel validated, and that is always worth something. Plus, I seriously love receiving cute packages!!

Make your own pasta sauce today, you will love the results. I once asked my very Italian neighbor the secret to her red meat sauce…it was so good. She said one of her tricks was to brown the meat extremely well. As in, not stirring it a lot and letting the edges really brown. I also make sure my meat is well seasoned with salt and pepper. It makes a difference. 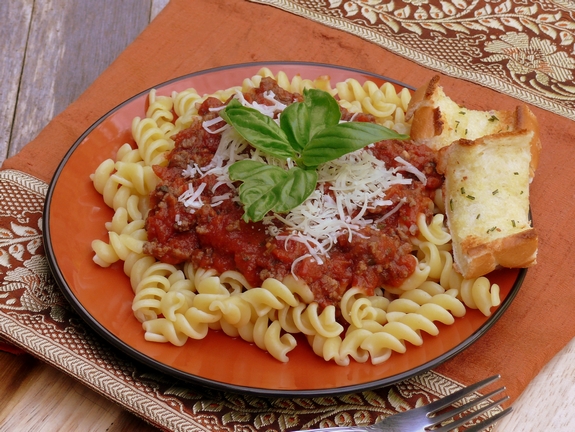 Disclosure…Muir Glen sent me the two jars of pasta sauce you see above, but did not ask me to write about them on my blog. All thoughts and opinions are my own.