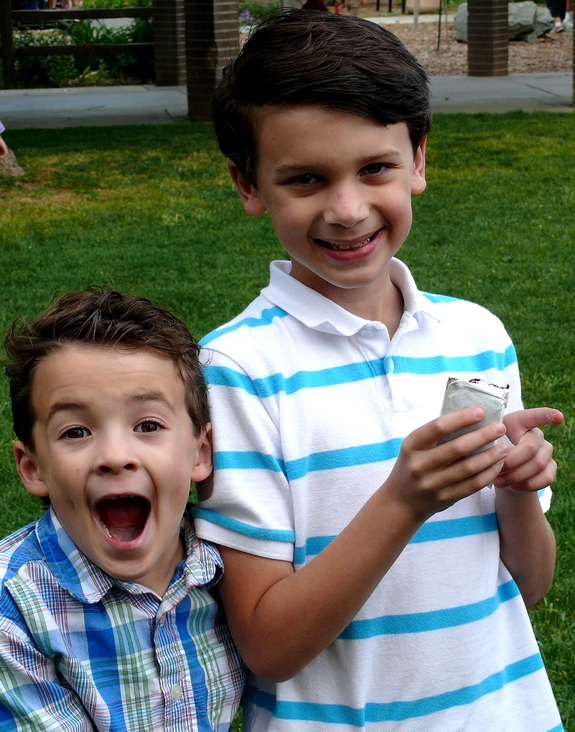 It was open house at school the other night.  I always love this event because the kids show off their classrooms and the things they have been learning. 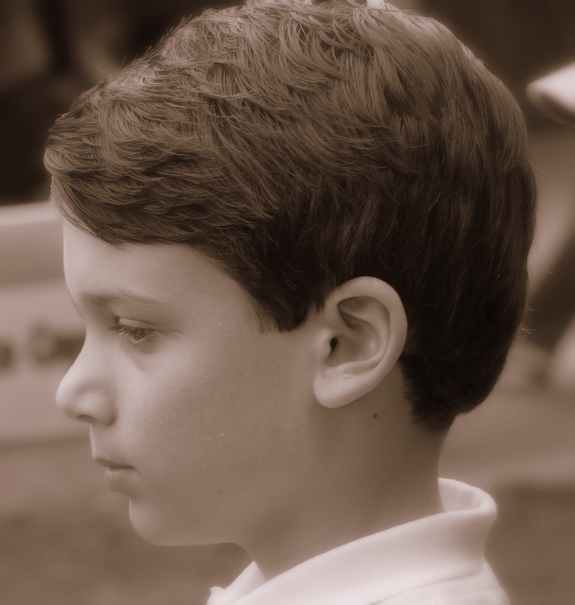 I have one very serious boy.  This was him waiting in line for ice cream.  See how excited he is?

I also have one very silly boy.  It’s hard to keep this one down. 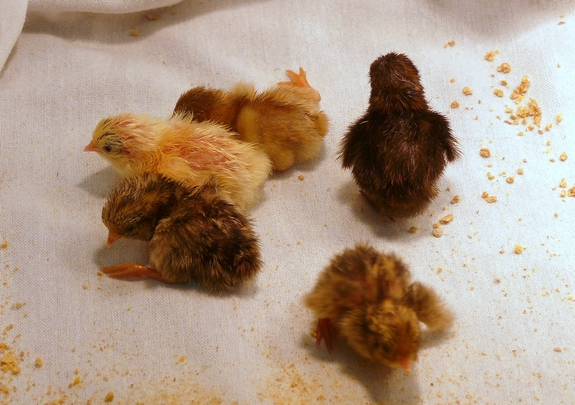 My youngest’s class hatched Chinese Button Quail.  These little birds were about six hours old and my little boy was ecstatic.  He would have sat on the eggs and hatched them himself had he been given the chance.  He loves babies.  Any babies. 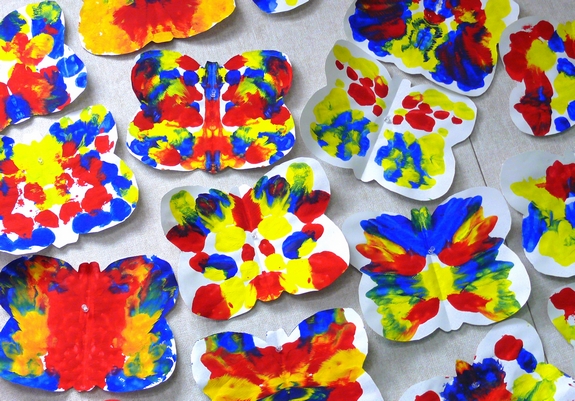 Of all the things we do, I love what he decided to write about.

I also love the way he spelled Chuck E Cheese. 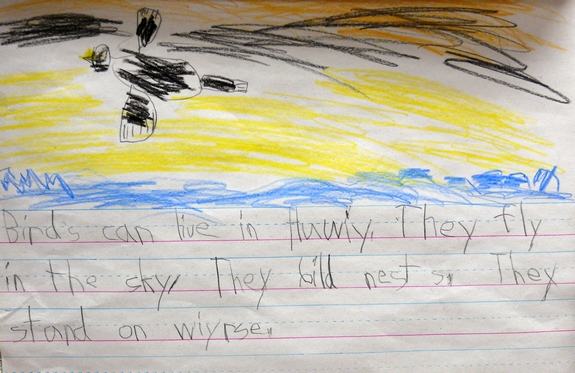 “Birds can live in Hawaii.  They fly in the sky.  They build nests.  They stand on wires.”  Bravo!

It’s funny he wrote about birds in Hawaii.  When he was three we were in Hawaii and he decided he was terrified of birds.  He screamed the whole trip.  When I say screamed, I mean bloody-murder screaming everytime a bird came close.  In Hawaii the birds are everywhere and are used to being around people.  He would point up in the sky and scream in his baby voice, “they’re coming around, they’re coming around”.

Everyone around us would look up in the sky where he was pointing, see nothing and look back at me as if I were crazy and unable to comfort my child.  He of course would not allow even an inch of breathing space between us.  It was 90 degrees and humid. We were sandy and covered in sun block.  He was stuck to me like glue.  Good times.

It was horrible and a complete nightmare for ten days.  He had never done this before and we had no idea why he was flipping out over birds.

Finally, after the trip was over, he told me about a dream.  A giant bird had picked him up, taking him away from me.  He was afraid it would really happen.  Then I felt so bad for him.  But I have never forgotten that insane trip.  Or the crazy blood-curdling screams.  Ugh. 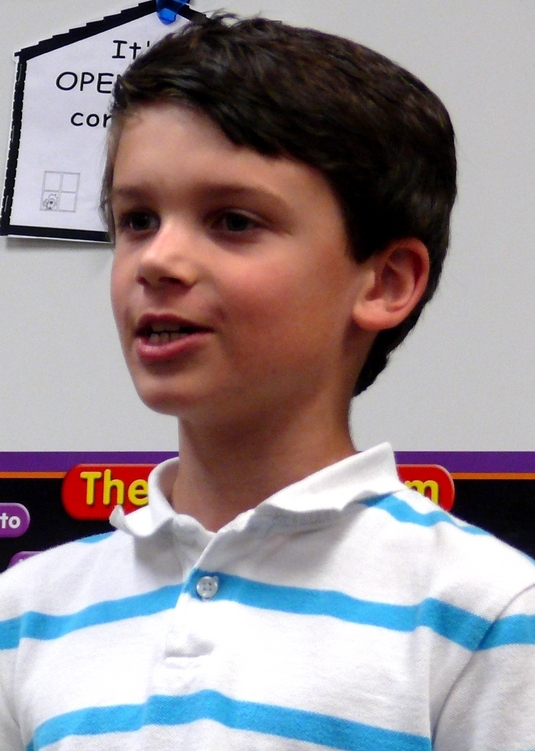 My oldest son’s class worked very hard memorizing poems for a recital they did for the parents.  I couldn’t believe how poised these children were.  They were amazing.

My guy recited, Poemsicle by Shel Silverstein and Today is Very Boring by Jack Prelutsky.  He did so good!  I was so proud of him.  He was animated, funny, articulate and captured the audience. 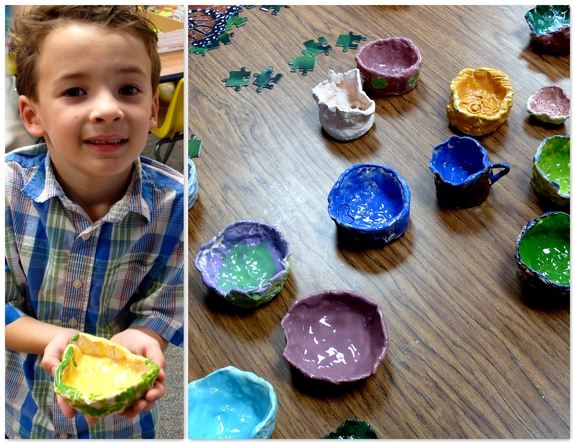 There were crafts to bring home. 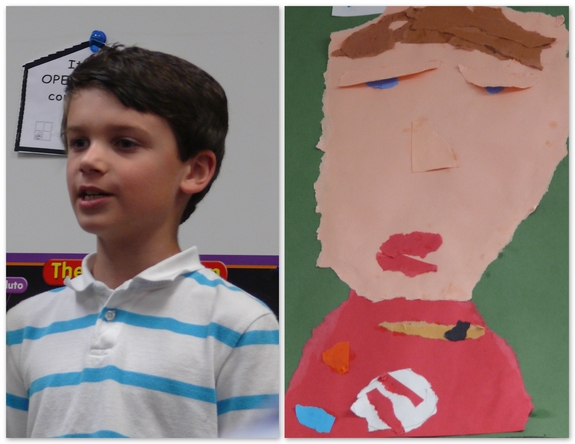 And self portraits were hanging.  See a resemblance?  I believe they were studying Picasso and used tear art to duplicate Picasso’s abstract style.

Overall, it was fun and the kids definitely got to shine.

One Year Ago Today:  It’s Hard to Watch