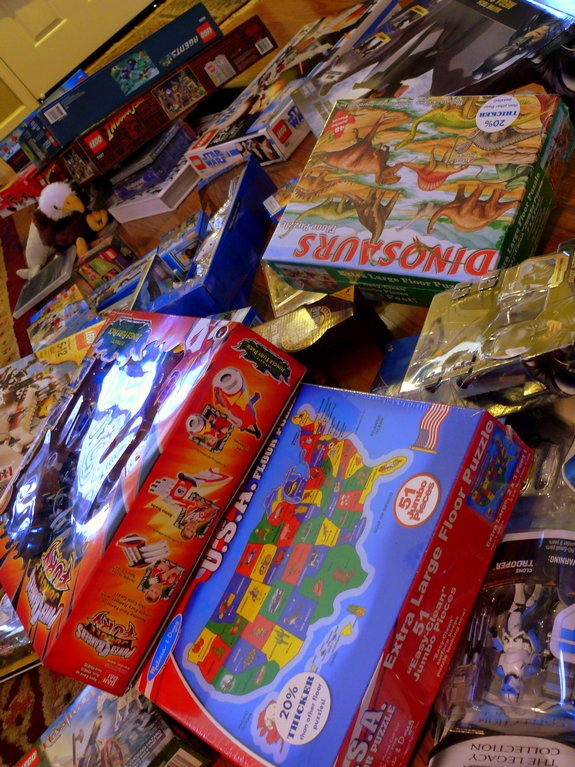 Santa, what were you thinking?

I’ll spare you all the wide angle view, it only gets worse. 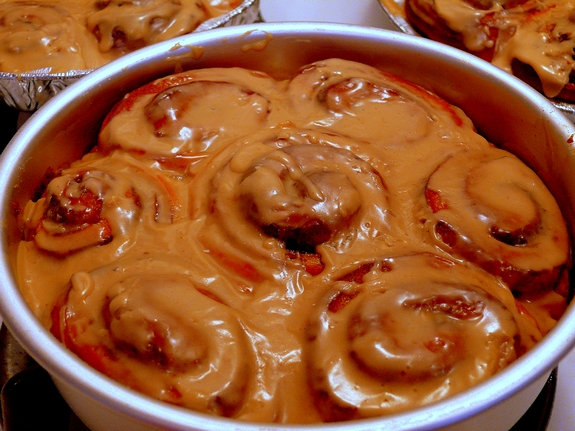 Somehow we survived the morning with the help of Pioneer Woman’s Cinnamon Rolls.  A couple of unsuspecting neighbors also got me in my jammies delivering these hot from the oven.  I believe in togetherness indulging…there’s less calories that way. 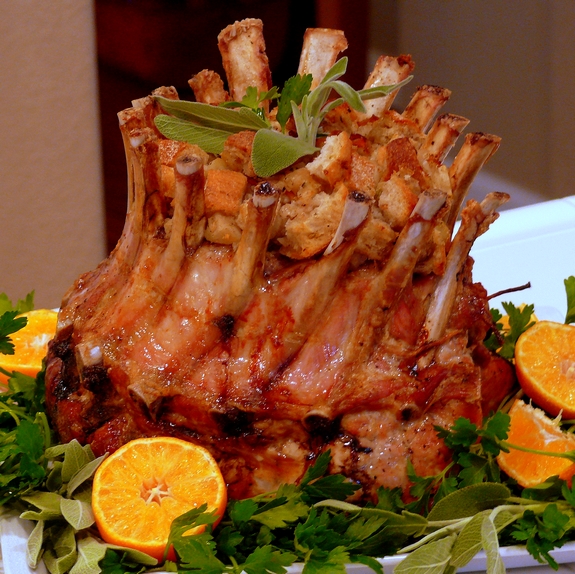 This is something I’ve been working on for quite some time.  I think I finally nailed it, Crown Roast of Pork with Fennel-Apple Stuffing and a Cider-Bourbon Reduction.  All I can say is, wow.  It was worth the effort. 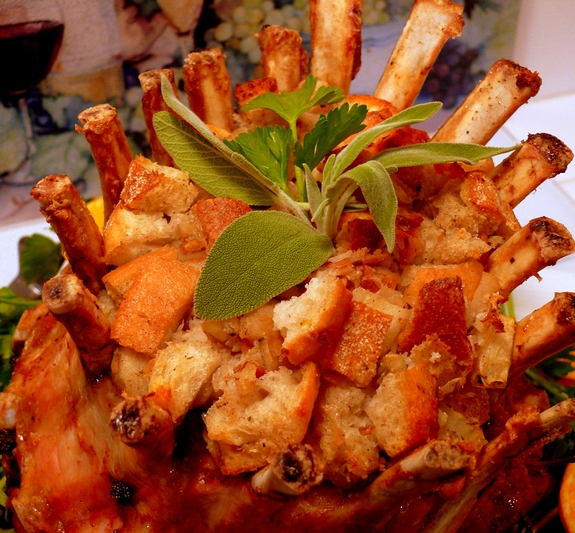 I know you all wanted a head shot. 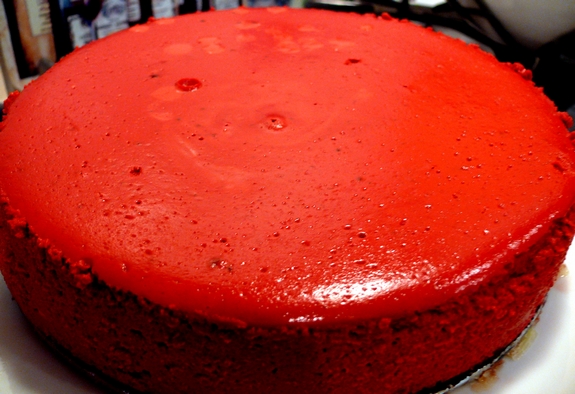 Here is my Red Velvet Cheesecake before I frosted it.  What do you notice?  NO CRACKS!  I hate cracks in cheesecake.  It wouldn’t have mattered so much with this one since it was going to be frosted, but still, I dislike the cracks.  Some say cracks make cheesecake more rustic looking…me…not so much.  I used Recipe Girl’s method of a water bath during cooking and it really worked.  No cracks.  I am forever in debt.

I really need to clean my house as it has been taken over by toys.

As I tucked my six-year old into bed and kissed him goodnight he said, “I can’t believe my Birthday is in nine days.  I can’t wait!”

« Happy Holidays
Cranking It Up »