This is so confusing to me sometimes, I don’t even know where to begin.

First of all, who’s in charge of our economy?  Yes, we have a global economy, but who is directly in charge of it’s successes and failures?

In an election year, when things aren’t going well, the President becomes the scapegoat for ALL things amuck.  No one seems to be mentioning Congress (that much).

So who’s really responsible for the mess we are in?  Is it the executive branch, congress, the federal reserve, subprime mortgage lenders, Wall Street CEO’s, greed?

Was it the subprime crisis that began this downward spiral?

Personally, I’m disgusted with it, as everyone is.  I’m sickened seeing everyone worrying about their futures, their jobs, their homes.

AND why is it the stock market can rebound in one day (when it does rebound) but the housing market recovery is like a slow path from hell?

Is the new president really going to get in there and change things, I mean once he’s in, he’s in.  What’s the rush. 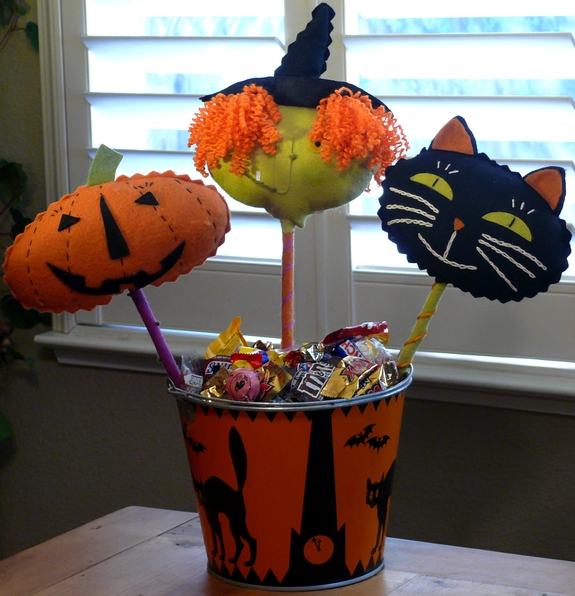 I refer to these as my Halloween scepters.  For some reason they remind me of what a jester from the Middle Ages would carry around during his entertainment antics.  Each one is about a foot and a half long made from cloth and felt.  I love the witches curly orange hair and her one tooth.