This sinfully delicious, 4-layer, no-bake cake is officially known as Better than Robert Redford Dessert. Now why would they call it that? 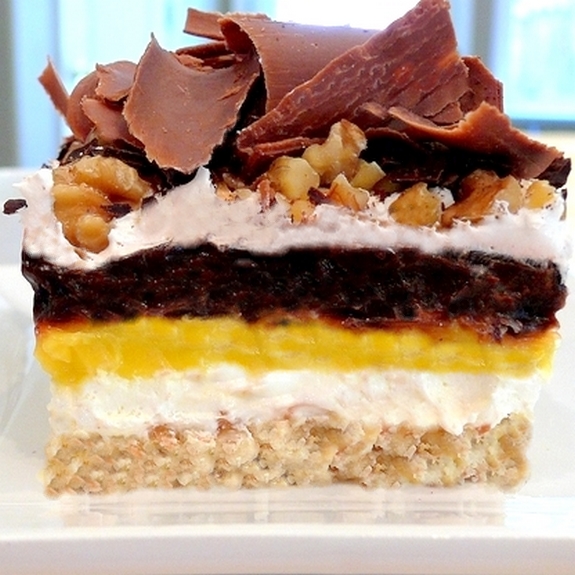 With the recent engagement and impending nuptials (2009) of Robert Redford to his long-time girlfriend, Sibylle Szaggars, I guess we can say Robert is officially off-the-meat-market.

Sorry ladies. Those of you who have been holding out for a date with this handsome, iconic, movie star, are going to have to look elsewhere for love. Sigh.

Although I cannot vouch for the original, this version is decadence with a capital “D”. It is also the lazy girl’s version of “real baking” as it does not require any prior cooking knowledge, skill or time to whip up. It’s almost as simple as my Peanut Butter-Chocolate Icebox Cake or my Hawaiian Dream Cup Desserts. This is also one of those simple desserts even the cooking novice can put together. Simple ingredients, with unbelievable taste.

It’s perfect for the upcoming summer, served cold, and perfect for a warm evening. Your sweet tooth will not be disappointed.

If Robert Redford is not your heartthrob of the moment (him and I do share a birthday), maybe we could call it, “Better Than Johnny Depp Dessert” or “Brad Pitt” even. Fill in whatever celebrity you are swooning for at the moment and imagine this dessert is better.

Now let’s put these celebrities out of our minds and get to work! 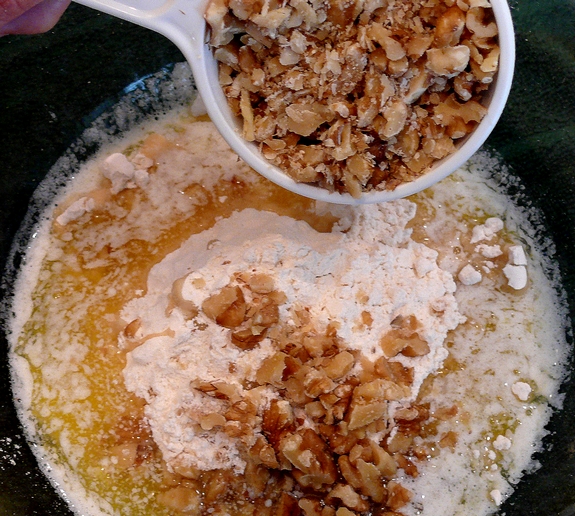 Mix until fully incorporated.  Add this to a 13 x 9 baking dish that has been prepared with cooking spray, 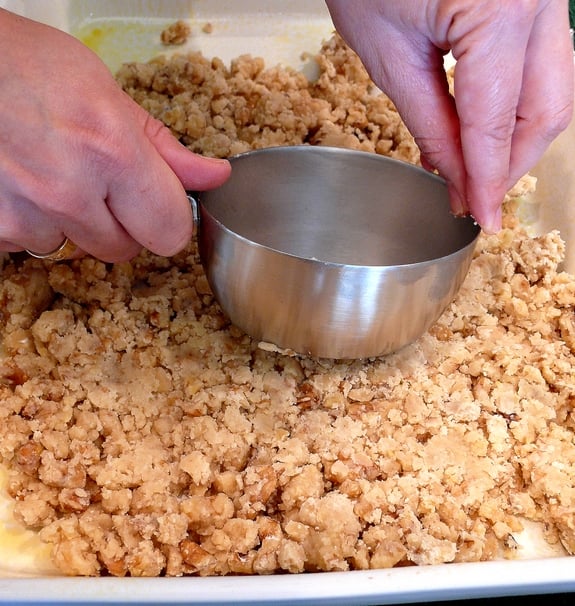 Press the mixture into the pan with the help of the back of a measuring cup or just use your fingers.  Make sure you pat the mixture down well, until the crust spreads to all areas of the pan.

Place in a 350 degree oven for 15 minutes. Cool completely when done. 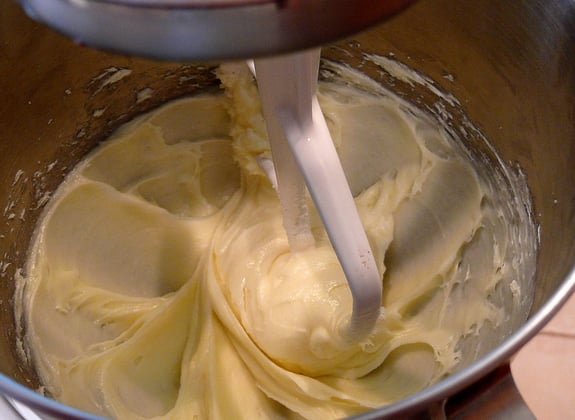 In another bowl, beat 8 ounces of softened cream cheese and 1 cup of confectioner’s sugar until smooth. 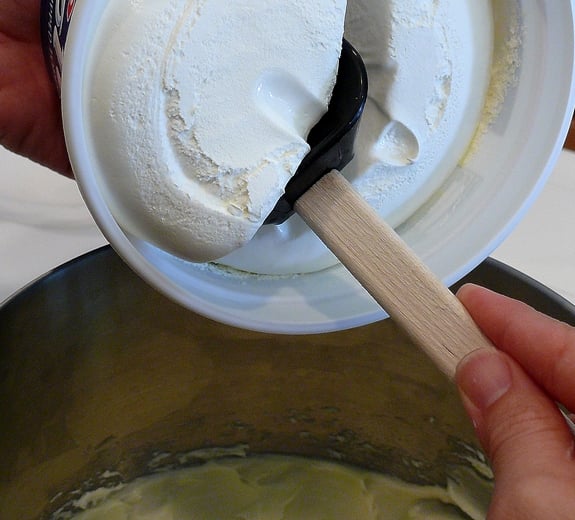 Fold half the whipped topping into the cream cheese-sugar mixture. 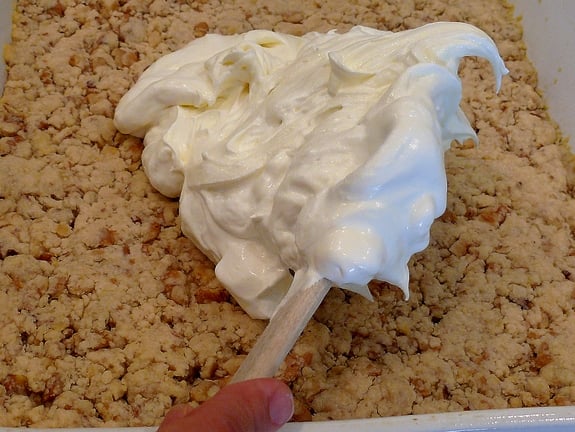 Spread the cream cheese-sugar-whipped topping mixture over the cooled crust. Make sure you lick the spoon and the bowl because it’s so good. 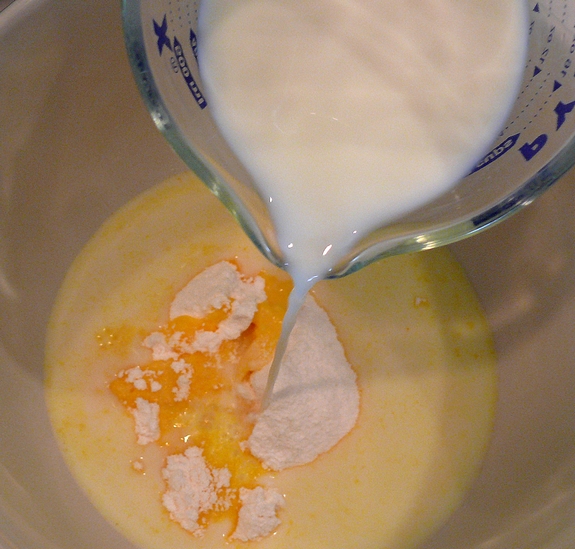 Prepare 2 boxes of instant vanilla pudding (3.4 ounces each) using 2 cups of the milk. 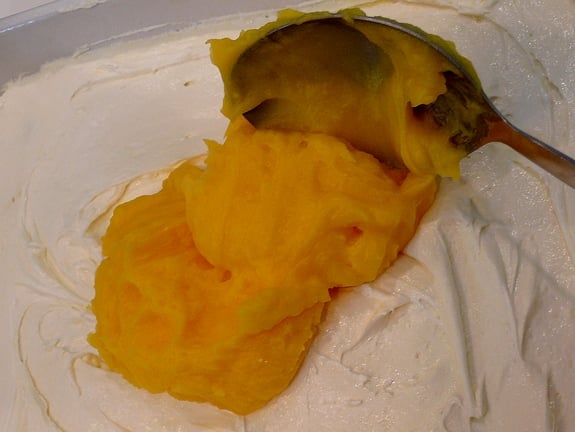 Spread the vanilla pudding evenly over the cream cheese layer. It’s easiest if you put the large blob of pudding in the middle and then spread out to the sides. 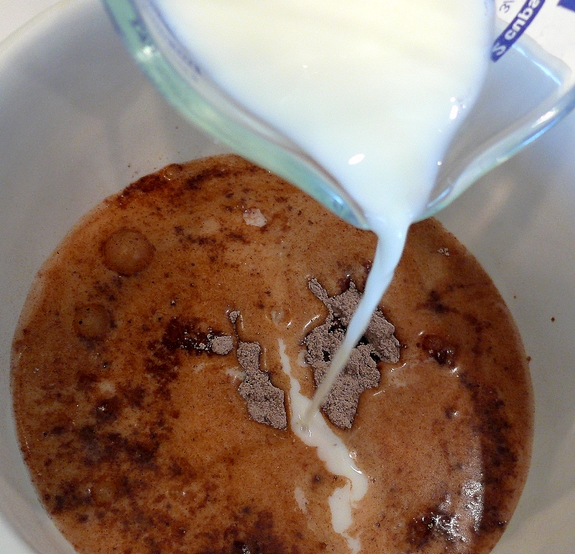 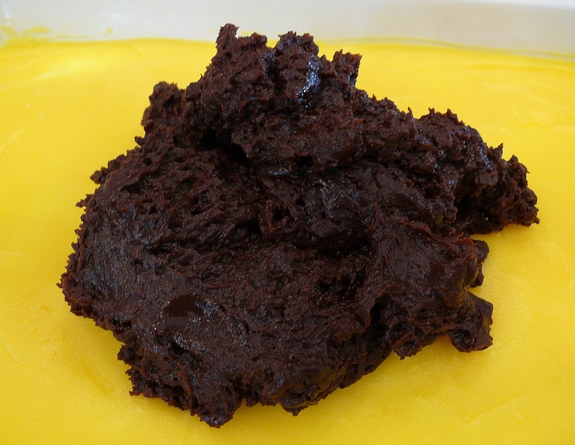 Now, I know what you are thinking…yes, it’s an odd looking picture…but IT”S PUDDING!  Get over it and spread it evenly over the vanilla pudding layer.

Spread the remaining whipped topping over the chocolate layer.  Refrigerate at least 2 hours or overnight. 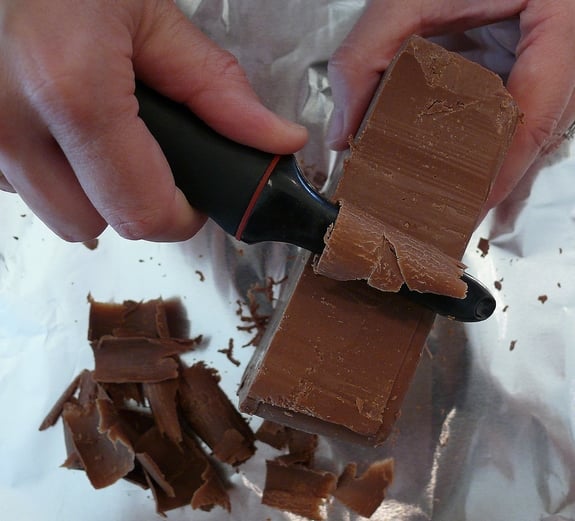 While you are waiting, you can make chocolate shavings or curls for the cake. I place my unwrapped chocolate bar on a plate, on top of the refrigerator or under a light for about an hour before I start shaving it.

Using my vegetable peeler I turn the chocolate on it’s side and make shaving motions in a direction away from myself. I place the pieces on aluminum foil or wax paper as they come off the peeler. I cannot make those beautiful curls we have all seen in magazines so I stick with shavings. For the size above, you need a fairly large hunk of chocolate. Milk chocolate seems to work the best. 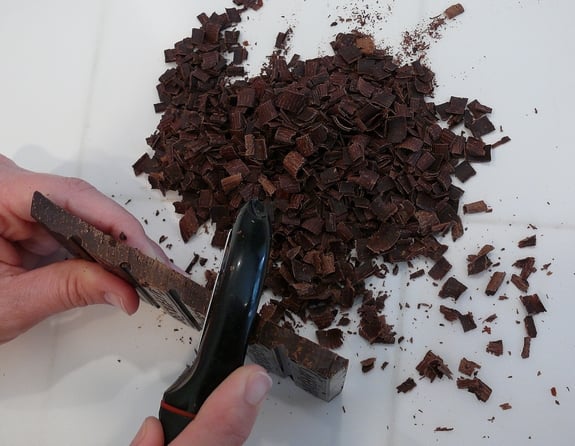 If you do not have access to a large hunk of chocolate you can use a 2 ounce bar and just make small shavings.  I like to use both dark and milk for this cake to vary the flavors. Just use the best chocolate you can, either milk or dark or both. 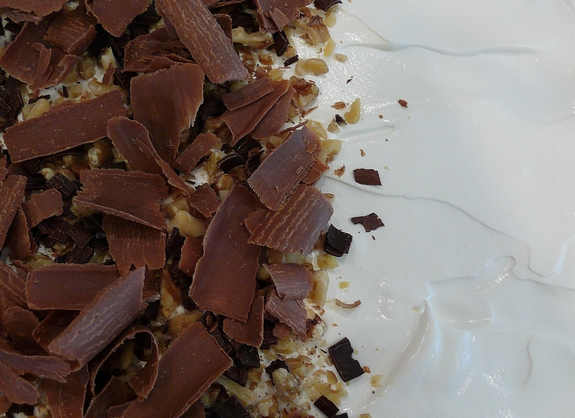 After refrigerating the cake, sprinkle with more coarsely chopped walnuts and chocolate shavings.  Use lots, it’s more dramatic that way. Plus you are drowning your sorrows in Robert Redford’s wedding day bliss so just sprinkle away! 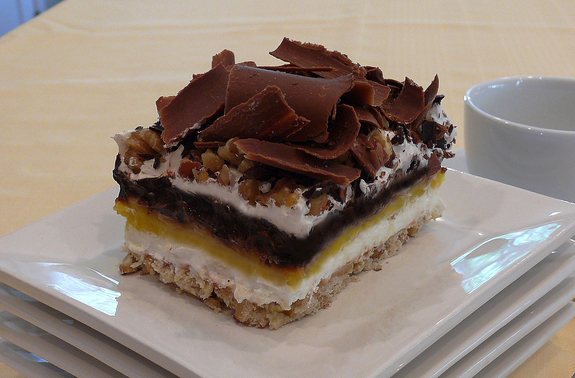 When you’re done eating this, you will never think of Robert Redford again. You will be in a sugar coma trance. 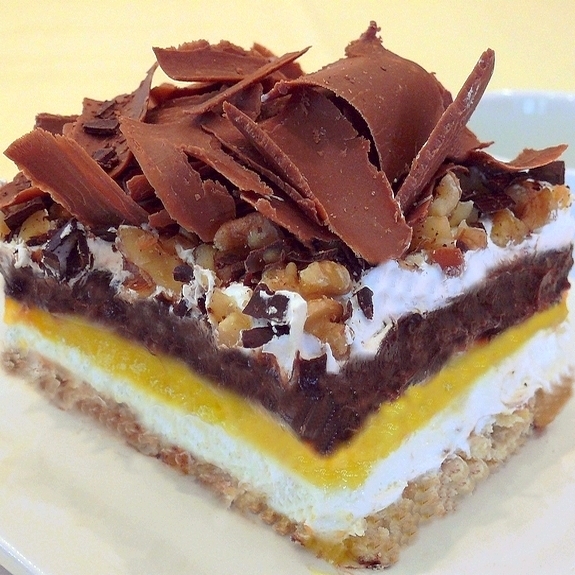 You just can’t go wrong with this dessert, it’s Better Than Robert Redford…remember!