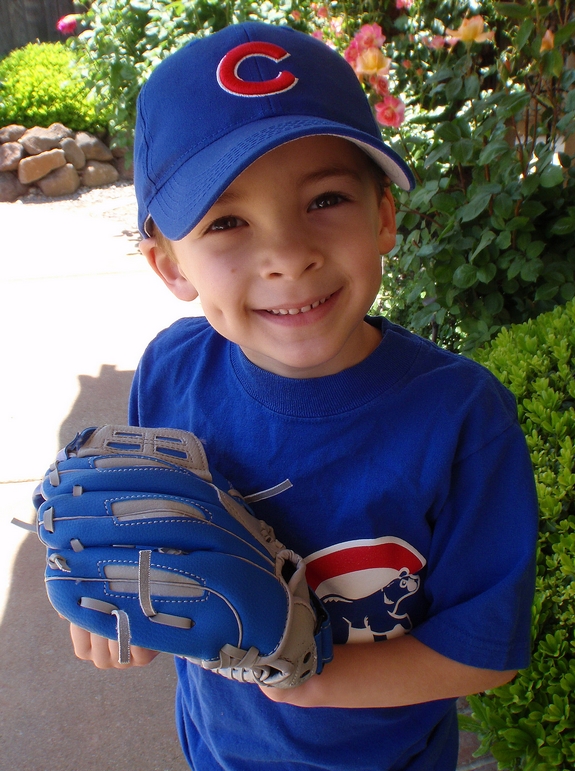 Here is my T-Ball playing-youngest-hooligan.

He loves T-Ball.  He loves going to practice.

He has absolutely no clue what to do while playing in a game!

Let’s face it, T-Ball is a painful experience.

As parents we sit around to cheer and clap for our children as they pull grass, pick weeds, spin around and hug each other while baseballs come dangerously close to nailing them in the head because not one kid is paying attention.

At this age they can’t catch, throw accurately or even conceive that when playing 1st base the ball is going to be thrown to them EVERY time it is hit by the batter.

Great, except for the fact that he had NO CLUE where 3rd base was!

He continued to run right past third (the whole time doing Yoda moves from Star Wars), ran through another set of parents sitting on folding chairs watching another game.   He nonchalantly hopped on 2nd base IN A COMPLETELY DIFFERENT GAME on the field next door.

Of course there was already someone else on 2nd base in that game too.  Both kids looked at each other and continued on to third because the base coach said to go!

Both my hooligan and this other child ended up running all the way to homeplate. My boy scored for another team, in another game, without the slightest idea or concern of what had transpired.  Clueless.

After scoring he took off his helmet, looked around and realized his team was on another field.  He made the walk all the way back to our game without a care in the world.

I have now slid off my chair because I am laughing so hard.

He comes to me and says, “Mommy, did you see me score?”

God I love this kid.  And his innocence.

« Some Mysteries in My Universe
Pairing Asparagus with Wine »