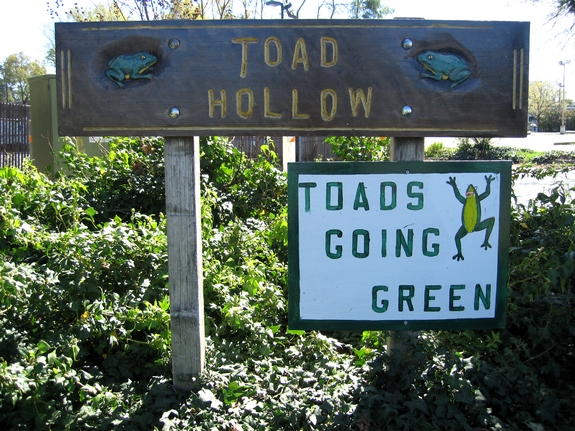 Yes, I really do live in the world’s most abnormal town.  And that is putting it lightly.  I wish I was kidding, but I’m not.

In 1995 a toad tunnel was erected with fanfare in my town to allow unsuspecting toads to reach the other side of a road.  How sweet, right?

The animal lovers and uber liberals who reside in this town along with a less than conventional mayor at the time were losing sleep over the fact that toads were going to cross a road.  To get to a pond.  Where a new overpass was being constructed; possibly interrupting their safe passageway.  The likelihood of toadkill was too much for them to get a grip on, so a fantastical, ludicrous toadway was engineered and constructed under the now built overpass.

For some background, the mayor also wanted to build the new police station made with straw bale construction (oh,what a secure jail that would be) and plant fruit trees all over the city for homeless people to graze on.  We also don’t turn on our downtown city lights at night so that it doesn’t interrupt the star-light that could possibly reach our town from galaxies far away.  Seriously, insert the Twilight Zone music here (dew-dew-dew-dew,dew-dew-dew-dew).  Oh, and let’s not forget that we have a law banning plastic pink flamingos from inhabiting our front yards.  I’m not even joking.  I’M NOT! 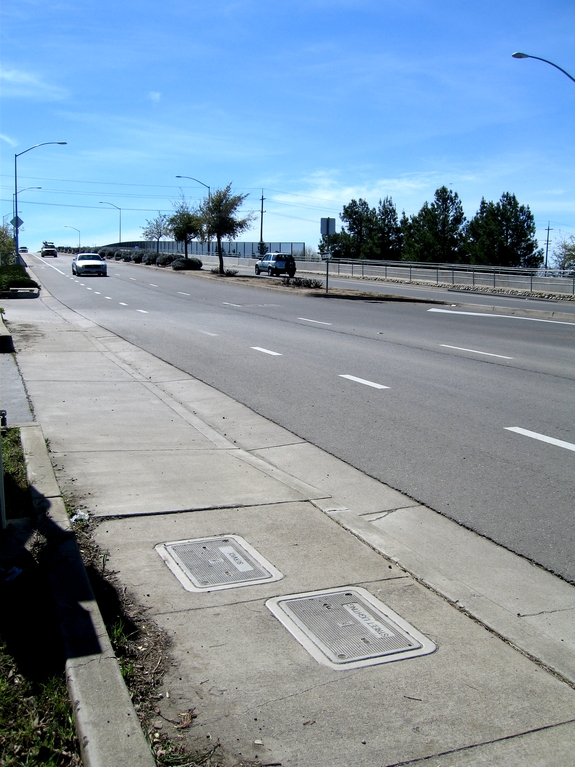 This is the overpass that replaced the dirt lot where the toads sometimes (sometimes is the key word here) congregated.

The tunnel for toad traffic was such a joke that it got much play on CNN and Comedy Central.  It was pathetic. 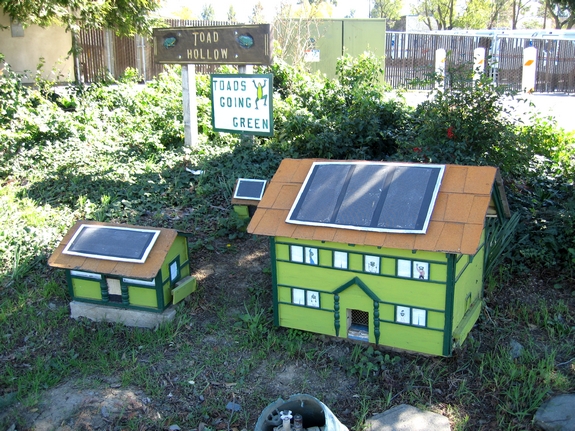 a toad city was built right next to the famous toad tunnel entrance. 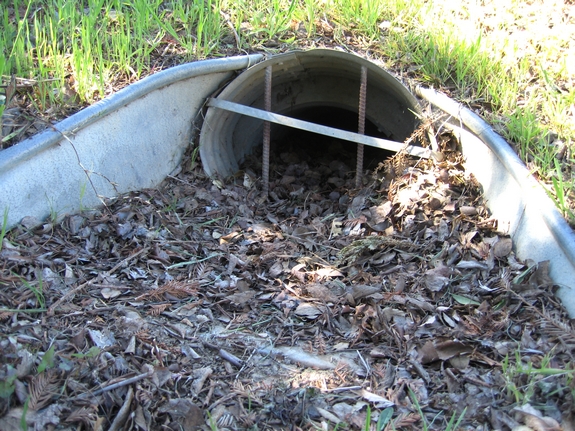 And here it is folks, the famous doorway to Oz.  Completely lame. 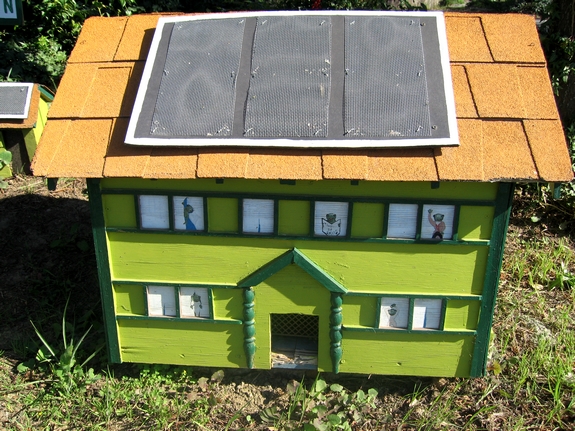 This is the toad hotel, where it was thought the toads could stop for an over-nighter before they made the treacherous crossing under the road.  This was only rated a three-star establishment until solar panels were placed on top making it environmentally sound and a five star spa since the pool could now be heated. 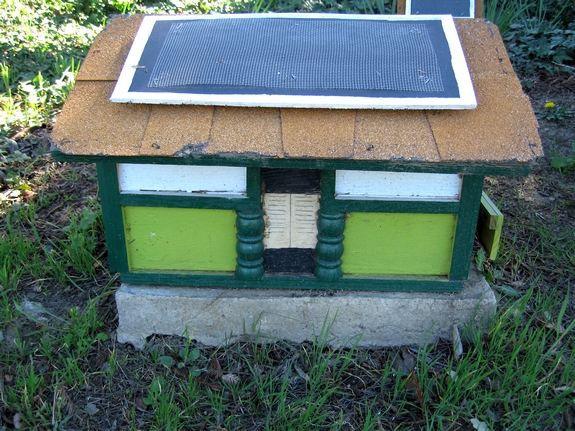 See the swing doors on this place?  It’s the saloon.  Toads could sling back some brewskis while sitting on toadstools before heading into unknown blackness deep under the earth.

Yeah, it would take more than a few brewskis before I would enter some black cavernous hole to oblivion all in the name of making tadpoles in some mucky pond at the other end. Forget  it! 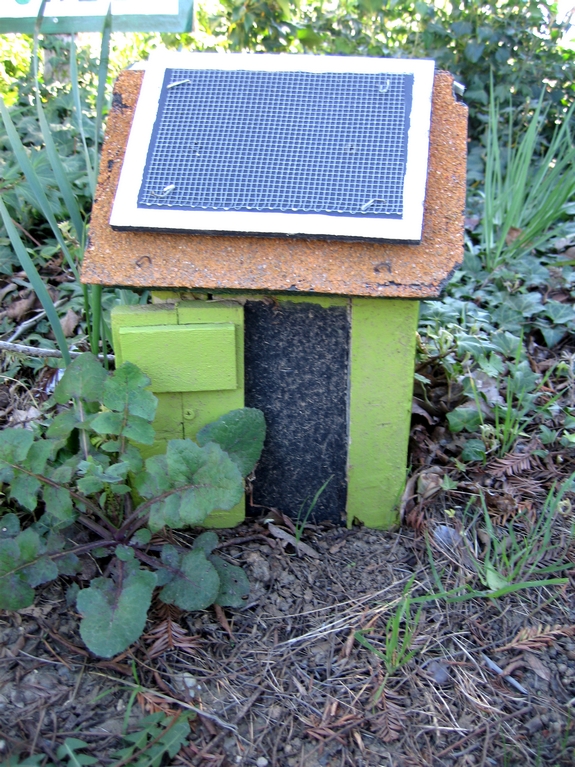 This is Madame Toadtilla’s Psychic Palace. Many of the toads were very superstitious and went to Madame Toadtilla to see if safe passage was in their cards.  If she saw in the crystal ball or the Toad Tarot cards that snakes, other predators or chefs looking for frog legs might be hiding in the tunnel or at the other end, the toads would stay another night at the hotel.  I swear this happened. 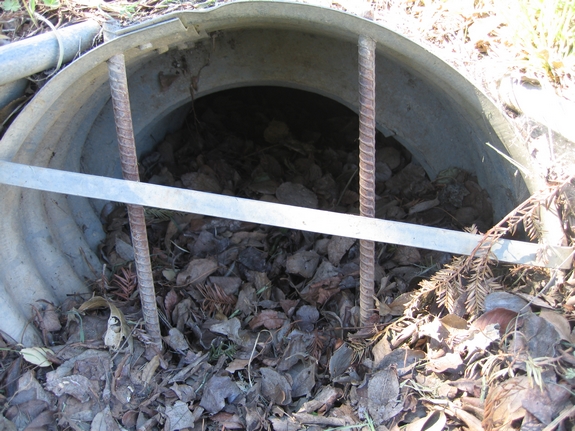 So in all honesty, this 21 inch wide and 18 inch high toadway of love, was never used.  NEVER!  So to encourage its utilization, the geniuses that thought of this Alice in Wonderlandic fairy tale domain decided to add light so the toads could see.  Some unsuspecting toads were drawn to the lights (they probably thought it was Vegas) and were basically fried by the heat of the lamps.  Those that did somehow get through were picked off by birds waiting at the other end.  If you were a bird and you discovered a toad-producing hole, wouldn’t you take advantage of it?

So, the tunnel began to create many issues of its own.  Toad town became a ghost town.  Toads disappeared all together. And with any ghost town undesirables could move in.  This made city officials very nervous and they did not want to give up hope on the toad tunnel.  The army reserves were sent in to protect the tunnel from being used by other unwelcome and objectionable characters. 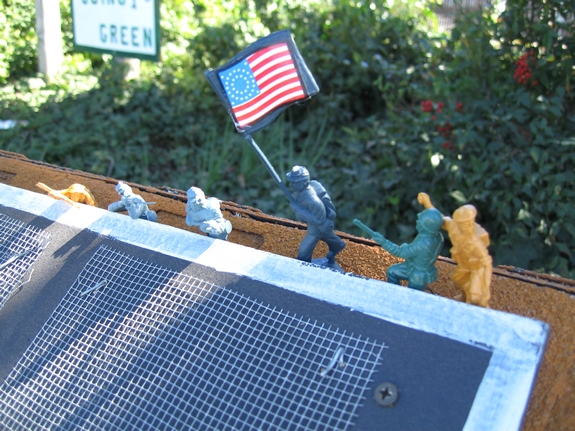 The reserves had been stationed there for a while and saw no activity.  It seemed as if the panic about the tunnel being taken over by hostiles was all for nothing. 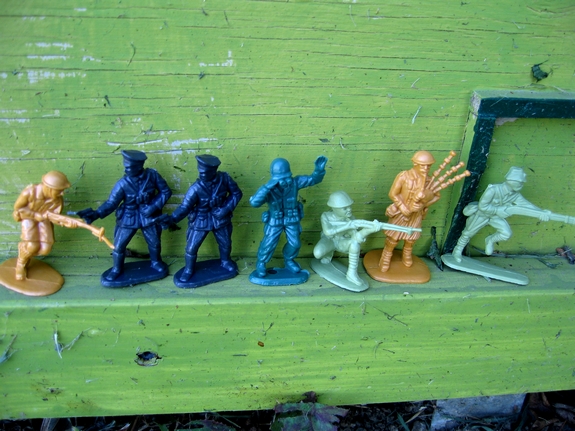 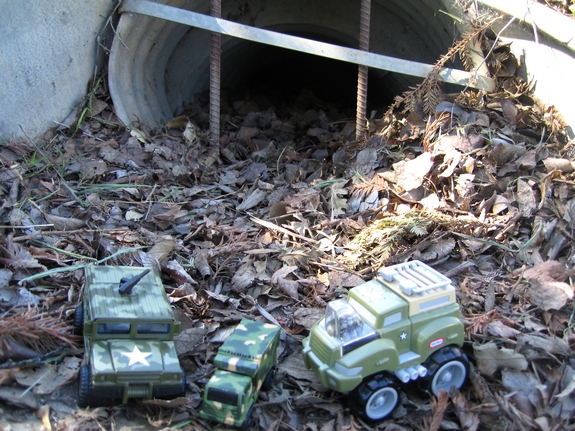 and stood guard day and night, until one day… 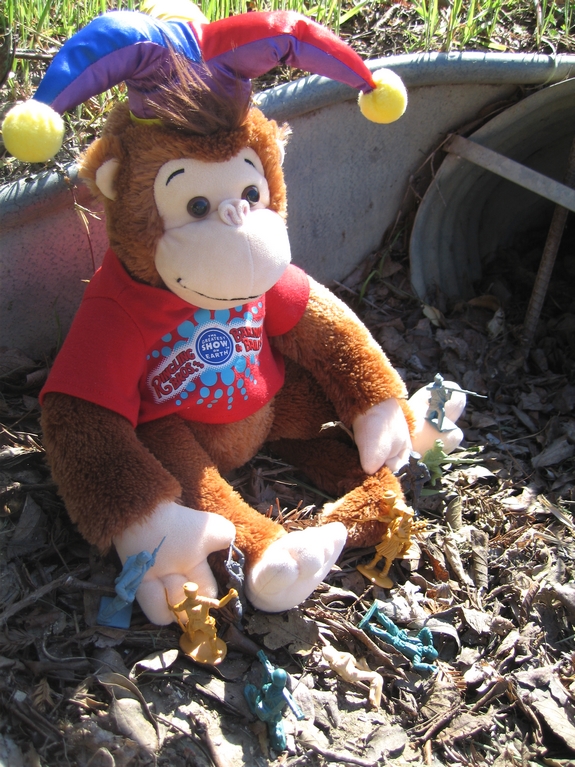 a wicked, bizarre circus-monkey came to the tunnel looking for some sort of cinematic, adventurous ride.  The army reserves were able to surround him and keep him from entering the toadway for his roller-coastering ride through the toad-toon-town-tunnel.  The monkey eventually went back to the circus and again the army reserves were left to guard this very special but now protected crossing. 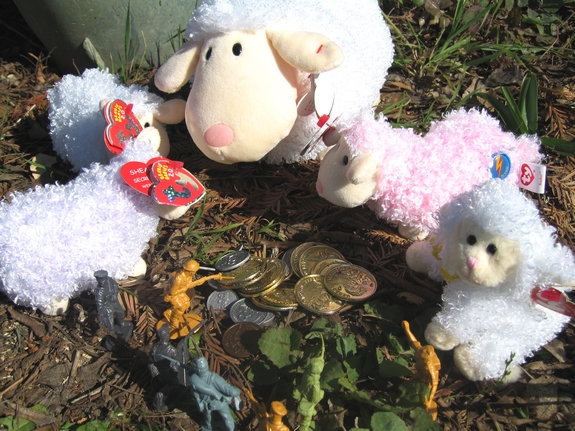 Then it happened.  A family of sheep known only by their first names, Lambert, Shearsly, Baabet, Woolsy and Floxy came to the tunnel looking for safe passage.  They brought riches in gold this craggy battalion of reservists had never seen.  The sheep begged them for their freedom having fled their farm in the middle of the night; barely escaping persecution for not going along with the ins-and-outs of farm life fodder.

The reservists gave in to their sad story and golden riches…and let them pass, betraying their duty as officers of the armed forces. 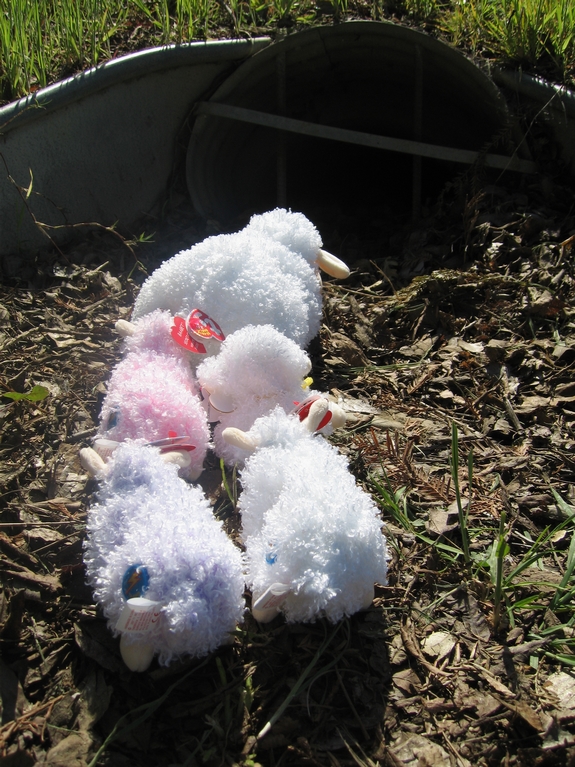 No one is sure if the sheep ever made it.

So with all the gold the reservists acquired, they abandoned their post knowing they would be prosecuted to the fullest extent of the law for their crimes of accepting bribery and allowing anyone other than a TOAD pass through the pipe.

What’s funny is, once the army left… 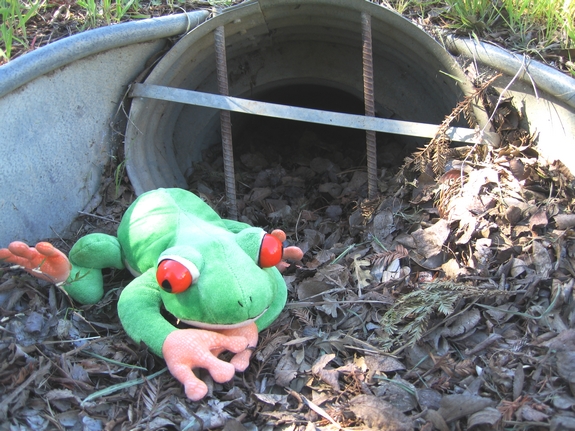